Are we living in a multipolar world?

Referring to the threat of a Sino-US trade war, Paul Tucker, author of Unelected Power, opines that both Mr Trump and Mr Xi are “playing with fire”. 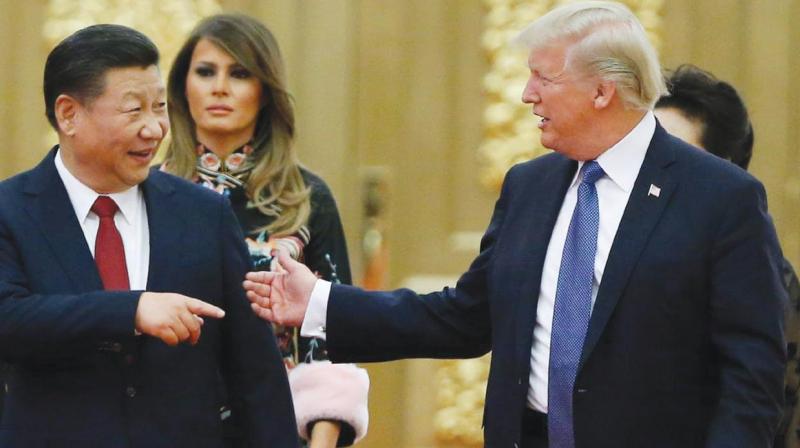 Since the collapse of the Soviet Union in early 1990s, defence and strategic experts have been shouting from rooftops that the era of the unipolar world was over. Many countries such as China, Russia, Japan, India, the Asean, the European Union, Brazil, Mexico and South Africa are often touted as the significant poles of this multipolar world. The proponents of this idea claim that the only super power of the world, the US, cannot impose its dictums on the rest of the world any more. Is it true?

Yes, China has, in the last 30 years, witnessed the most extensive economic transformation the world has ever seen. It has emerged as the world’s largest manufacturer and exporter, and its GDP, which at one time was less than one-third of US’ GDP, has already overtaken the American GDP on the PPP basis. It holds more than $1.16 trillion in the US treasury bonds and $3.14 trillion in foreign exchange reserves. More countries today have China as their largest trading partner than the US. It has planned to invest over $1 trillion in President Xi Jinping’s most ambitious project — Belt and Road Initiative (BRI) — which might connect 60 countries of the world. It underlines China’s growing global economic and political clout. Through the New Development Bank and Asian Infrastructure Investment Bank, China is flexing its financial muscles too. It has developed nuclear weapons, intercontinental missiles, stealth plane, air defence system and undertaken the expansion of its Navy and modernisation of the People’s Liberation Army at an unprecedented scale. It’s pursing innovation in cutting-edge technology and artificial intelligence with a missionary zeal. China’s assertive territorial claims in the South China Sea keep its neighbours off balance. Notwithstanding its economic, political and military power, and unmistakable global influence, is China calling the shots today? Can it, in near future? Isn’t it often checkmated by the US?

It took months of painstaking negotiations and last minute personal intervention by Barack Obama, Mr Xi and Narendra Modi to make Paris Climate Agreement happen in December 2015. For the first time, 195 countries adopted universal, legally binding global climate deal. While its full implementation is still far away, it did reflect the intent of the international community to address the challenges of climate change or perish. But the billionaire businessman-turned-President of the US stands up one day and says: this agreement wasn’t good for the US, so I am walking out. And he just did that. All the other signatories to the agreement could do nothing. While former US vice-president Al Gore and many American MNCs reiterate their commitment to the agreement, can major goals of the Paris agreement be achieved minus the US?

Mr Obama strongly supported Trans-Pacific Partnership (TPP) — trade agreement among12 Pacific Ocean rim countries. He intended to counter China’s economic outreach in different parts of the world. Its members accounting for 37 per cent of the global GDP and a combined market of $13.7 trillion, pledged to liberalise trade and investment by removing 98 per cent trade barriers. Mr Trump called it a sell out of the American interests and withdrew. Though 11 remaining members have renamed it as TPP-11, American absence drastically diminishes its potential.

It took more than six years meticulous negotiations between the Iran and P5+1 to hammer out the Iran nuclear deal (JCPOA), which capped Iran’s nuclear programme and lifted UN sanctions on her. Citing some claims of the Israeli Prime Minister Benjamin Netanyahu that Iran was cheating and enriching uranium, Mr Trump, US President closest to Israel, decides to exit from the deal. The UK, France, Germany, China, Russia and the International Atomic Energy Agency claimed that Iran has been fulfilling its contractual obligations, but Mr Trump wasn’t listening. The US has put forward 12 demands, which the Iranian leadership has expectedly rejected. US secretary of state Mike Pompeo has issued an ominous warning to Iran: “the sting of sanctions will only grow more painful if the regime doesn’t change course from the unacceptable and unproductive path it has chosen for itself and the people of Iran. These will be the strongest sanctions in history by the time we are done.” Iran has accused the US of trying to bring about the change of regime. American denials notwithstanding, there is some truth in this allegation. The US seems unmindful of hugely disruptive consequences of their sanctions: rise in international oil prices; deterioration in situation in Iraq, Syria, Libya, Yemen and Afghanistan; temptation for Iran to pursue nuclear weapons programme, uncontrollable repercussions of a pre-emptive strike on Iran and alarm bells for North Korea not to rush in to a deal with the US.

194 UN members opposed the US decision to shift its embassy to Jerusalem. It caused celebrations in Israel but death of 50 Palestinians in Gaza. Did the US care for the world outcry?

The much-hyped summit between Kim Jong-un and Mr Trump in Singapore on June 12 was torpedoed by the provocative and ill-advised comments of vice-president Mike Pence and national security adviser John Bolt. Mr Pence’s reference to the Libyan model and fate of Gaddafi were trashed as “ignorant and stupid” by North Korea’s vice minister Choe Son-hui. She quipped: “Whether they will meet at the summit or at nuclear to nuclear showdown entirely depended on the US.” Belatedly, Mr Trump realised that he couldn’t bully Mr Kim. In his rather conciliatory letter of May 24, Mr Trump thanked Mr Kim for releasing the American hostage but called off the summit citing anger and hostility on North Korea’s part.

The letter leaves the door ajar for a summit in future. Keen to make history, Mr Trump was interested in the deal but foolishly followed a recipe for unmaking the deal. Mr Kim, smarter than Gaddafi and Saddam Hussein won’t commit hara-kiri. His nuclear toys are his best hedge against a Gaddafi-like end.

Referring to the threat of a Sino-US trade war, Paul Tucker, author of Unelected Power, opines that both Mr Trump and Mr Xi are “playing with fire”. Trade war between America and China will not only impact them; it will harm the global economic prosperity. Does Mr Trump care?

The US has control over the IMF and the World Bank. China, Russia, Iran and Turkey can conduct limited trade in their currencies, but dollar still rules.

Threatening his foes and friends alike, Mr Trump is dismantling the international trading system. The EU is a formidable economic block. But can it get away with open defiance of US sanctions on Iran? Highly unlikely! Through CAASTA (Countering America’s Adversaries Through Sanctions Act) the US can mount unacceptable pressure on European countries/companies. India too will feel the heat.

Is the unipolar world really dead?