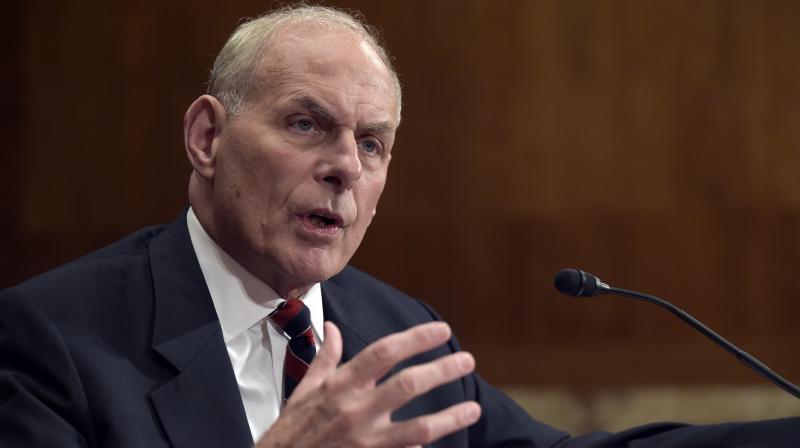 Washington: US Homeland Security John Kelly said on Sunday that he was considering banning laptop computers on international flights into and out of the country, amid signs of “a real threat.”

Mr Kelly made his remarks during the Memorial Day weekend, one of the busiest travel periods in the US, and at a time when the bombing at a concert in Manchester, England has raised concerns that further attacks, possibly involving explosives packed in electronic devices, might be planned.

“There's a real threat, numerous threats against aviation,” Mr Kelly told the Fox New Sunday programme, when asked about the likelihood that a wide-reaching ban on large electronics in airplane cabins could be imposed.The US homeland security chief said that terrorists are “obsessed” with the idea of “knocking down an airplane in flight, particularly a US carrier, if it's full of mostly US folks.”

A ban could disrupt flights between Europe and the US. Some 3,250 a week are expected this summer between EU countries and the US, according to aviation industry figures. If laptop ban that Mr Kelly discussed is put in place, it would greatly expand on a rule that he announced on March 21, banning electronic devices larger than a smartphone from the cabins of flights from 10 airports in the Middle East and North Africa.