The Sikh community of Indiana State in the US distributed Indian food and gift cards to TSA employees. 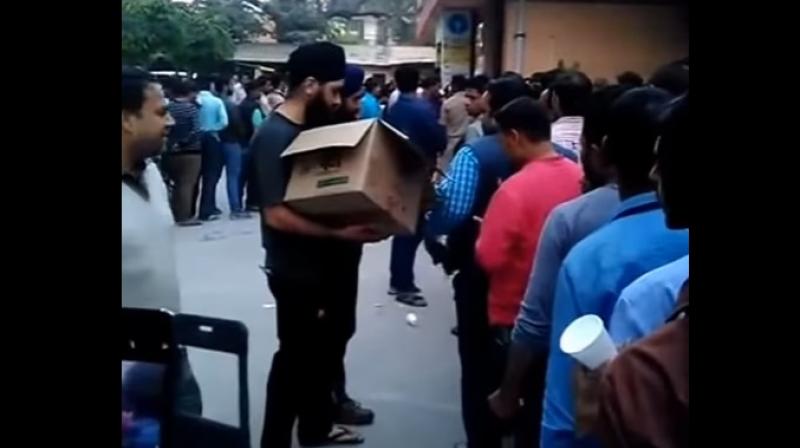 The federal government re-opened on Monday, but the employees are still a few days away from receiving their pay checks (File Photo)

Washington: The Sikh community of Indiana State in the US distributed Indian food and gift cards to the employees of the federal Transportation and Security Administration who have not received their pay checks due to the partial government shutdown lasting for a record over 35 days.

The Transportation Security Administration (TSA) is an agency of the US Department of Homeland Security that has authority over the security of the travelling public in America. It was created as a response to the September 11 attacks in 2001. The federal government re-opened on Monday, but the employees are still a few days away from receiving their pay checks.

"We are grateful for the support and selfless service of the Sikh community in Fishers," said Aaron Batt, Federal Security Director of the Indiana TSA. "The men and women at TSA have been in a very difficult situation, not knowing when they will be paid, but yet they have not allowed that uncertainty to get in the way of fulfilling our mission to protect the nation's transportation systems," he said on Monday.

Led by community leader Gurinder Singh Khalsa, the Sikh community from the local Fishers city donated gift and grocery cards worth more than USD 6,000 to the more than 250 TSA employees at Indianapolis airport. Indian food and pizza were also served to TSA agents.

"Their commitment and drive to protect the community are motivating when people like (Singh and the Sikh community) recognise their sacrifices and offer assistance," Batt said. Batt presented Singh with the TSA Indiana Challenge Coin which recognises those who exhibit core values of integrity, respect and commitment.

One of the core principles of the Sikh community is selfless service to the needy by sharing our abundance with love and compassion, Singh told TSA employees.

"Even though the government is temporarily open for the next several weeks, the TSA employees have already gone without a pay check for more than a month and will still be awaiting back pay," he said.

"We need to put ourselves in their position and understand their struggles. The Sikhs may be small in number, but are very fortunate. Each one of us needs to incorporate the American values and step up our part in selfless service to our neighbours in need. We hope this will inspire others to come forward for humanitarian causes," Singh said.

The Sikh community of Fishers has grown from five families to more than 500 families and have recently launched a USD 3 million building project.