In the video, the man asks loudly, we got some Hillary bitches on here? 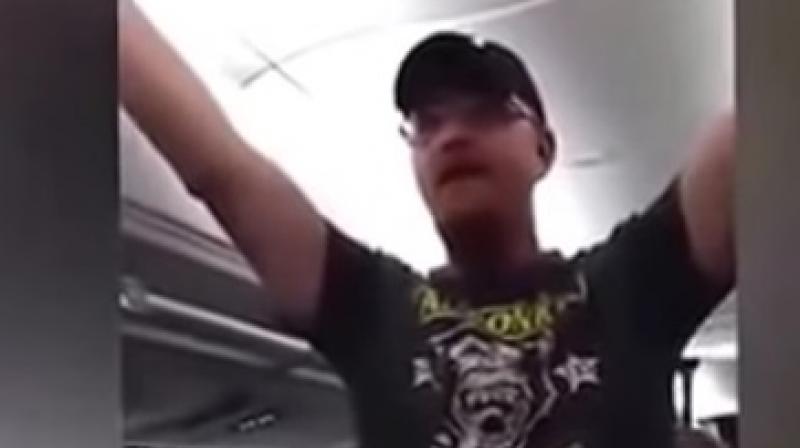 Allentown: Delta Air Lines is apologising for not removing a passenger from a flight to Pennsylvania who rudely professed his support for President-elect Donald Trump and insulted those who didn’t. The (Allentown) Morning Call first reported on a video posted on Facebook by a fellow passenger on the Tuesday flight from Atlanta to Allentown. The video shows the man standing in the aisle, yelling and insulting Hillary Clinton supporters.

In the video, the man asks loudly, “We got some Hillary bitches on here?” Referring to Trump’s victory, he says, “If you don’t like it, too bad.”

Delta said on its website Saturday that it is “sorry this disruption happened” and says the airline is responsible for “ensuring all customers feel safe and comfortable.”