Shanahan has authorized commander of US Army Corps of Engineers to begin planning and execution. 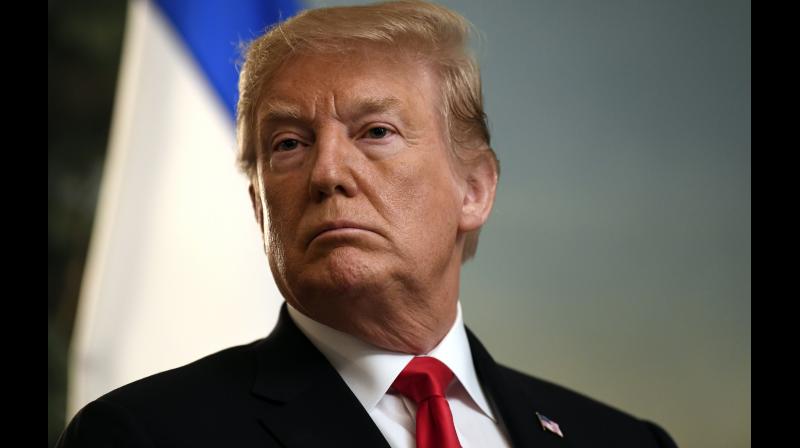 The Department of Homeland Security asked the Pentagon to build 57 miles of 18-foot fencing, build and improve roads, and install lighting to support Trump's emergency declaration as concerns the border. (Photo:AP)

Washington: The Pentagon has notified Congress that it has authorised the transfer of USD 1 billion to begin building a new wall along the US-Mexico border, an election campaign promise of President Donald Trump, drawing immediate objections from senior Democratic lawmakers.

The funds are the first under the national emergency declared by President Trump to bypass Congress and build the barrier he pledged during his 2016 election campaign. Trump had promised to build a "big beautiful wall", which he said would prevent illegal migration and drug trafficking from Mexico.

Though Trump said Mexico would pay for the wall, the neighbouring country has made it clear that it would not foot the bill. A Pentagon budget reprogramming notification sent to Capitol Hill on Monday indicates that up to USD 1 billion will go toward building nearly 92 km of fencing, improving roads and other measures on the southern border.

The Department of Defense authorised the Army Corp of Engineers to begin planning and construction for the project Monday night. The department will direct the funds toward 18-foot-high fencing along the Yuma and El Paso sections of the border, according to a letter acting Secretary of Defense Patrick Shanahan sent to Secretary of Homeland Security Kirstjen Nielsen, CNN reported.

President Trump declared the emergency on February 15 after Congress refused his requests for USD 5.7 billion to construct the wall. By declaring an emergency he sought to bypass Congress and build the wall with military funding.

The Democratic-controlled House of Representatives passed a resolution to overturn the emergency last month, and 12 Republicans later sided with Democratic Senators to get it through the Senate.

However, Trump vetoed the resolution earlier this month. Congress will now need a two-thirds majority in both chambers to override him, which according to analysts is unlikely to happen. Meanwhile, Senate Democrats immediately objected to the transfer of USD 1 billion to build fencing along the southern border to block drug smuggling.

Every Democratic senator on the Senate Appropriations Committee's subcommittees on Defense and Military Construction, Veterans Affairs and Related Agencies signed on to a letter written to Shanahan objecting to moving USD 1 billion in personnel funds to counter drug funds to go toward the wall.

The senators say the Pentagon did not seek permission before notifying the committee of the transfer.

"We strongly object to both the substance of the funding transfer, and to the Department implementing the transfer without seeking the approval of the congressional defense committees and in violation of provisions in the defense appropriation itself," the senators wrote.

"As a result, we have serious concerns that the Department has allowed political interference and pet projects to come ahead of many near-term, critical readiness issues facing our military," says the letter signed by Senators like Patrick Leahy, Tammy Baldwin, Dianne Feinstein and Tom Udall.