Media is 'enemy of the people': Donald Trump

President Donald Trump on Tuesday branded the mainstream media the 'enemy' and the 'opposition party'. 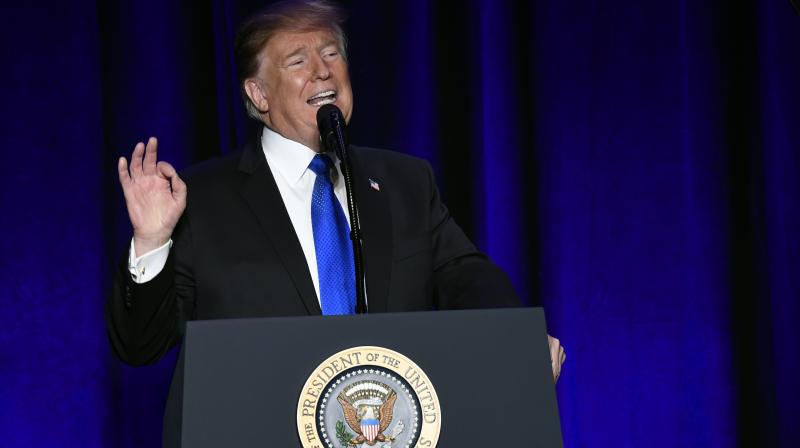 This time, Trump is referring to the two-year probe led by special prosecutor Robert Mueller into Trump's opaque links with Russia. (Photo:AP)

Washington: President Donald Trump on Tuesday branded the mainstream media the "enemy" and the "opposition party" after the Mueller report cleared him of collusion, accusing journalists of covering the Russia probe unfairly.

"The Mainstream Media is under fire and being scorned all over the World as being corrupt and FAKE.

For two years they pushed the Russian Collusion Delusion when they always knew there was No Collusion," Trump tweeted. "They truly are the Enemy of the People and the Real Opposition Party!" Trump has previously used "enemy of the people" -- echoing a Stalinist phrase used to describe political enemies -- to describe the media, which he has always said does not give him accurate coverage.

This time, Trump is referring to the two-year probe led by special prosecutor Robert Mueller into Trump's opaque links with Russia and suspicions that his 2016 presidential campaign colluded with Russian agents in attempts to influence the election in his favor.

According to a brief summary released by Trump's attorney general William Barr on Sunday, Mueller could not find evidence of collusion, although he did establish that Russian agents tried to disrupt the election.

Trump has seized on that summary clearing him of collusion as a complete vindication of his many claims to have been subjected to a "witch hunt" -- and that the media, which covered the bombshell investigation, was part of an organized assault against him.

The summary of the report says Mueller could not decide whether Trump obstructed justice and left that up to the Justice Department. Barr wrote in the summary that Trump had not in fact committed such a crime.