The figure includes another vaccine developed by Moderna and the NIH, which announced some preliminary efficacy results last week 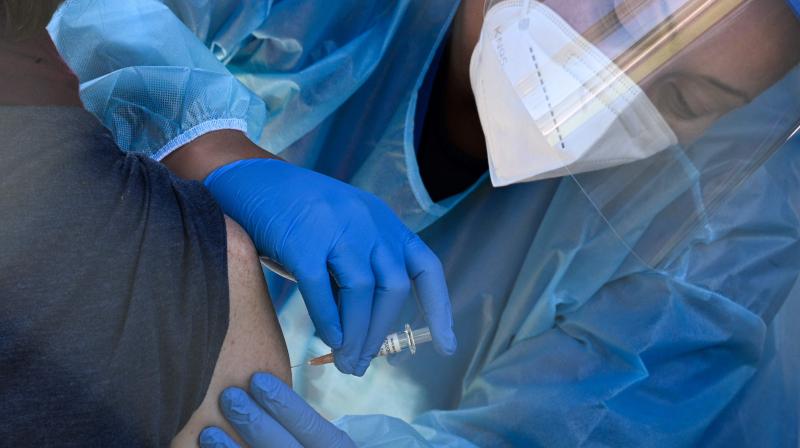 The United States plans to distribute 6.4 million doses of the Pfizer-BioNTech Covid-19 vaccine in the first week after it is cleared for emergency use. (Representational Image:AFP)

Washington: The United States plans to distribute 6.4 million doses of the Pfizer-BioNTech Covid-19 vaccine in the first week after it is cleared for emergency use, which is likely next month, officials said Tuesday.

A committee of the Food and Drug Administration meets on December 10 to decide whether to green light the medicine, with the US confronted by soaring numbers of deaths and new cases.

General Gustave Perna, chief operations officer for the government's Operation Warp Speed, told reporters some 40 million doses of vaccine would be available by the end of December.

That figure includes another vaccine developed by Moderna and the National Institutes for Health, which announced some preliminary efficacy results last week and is also close to applying for emergency approval.

The Pfizer vaccine has ultra-cold long-term storage requirements of -70 degrees Celsius, and the company has developed special containers with dry ice to keep it cool for up to 15 days.

Perna said that 64 jurisdictions across the US -- including the 50 states, territories like the capital Washington and Puerto Rico and Indian reservations -- received their allocation numbers on Friday.

The amount they receive will be proportionate to their population size.

The federal government will issue recommendations for who should be prioritized -- likely the elderly, high-risk, and frontline workers -- but local authorities will make the final decision for themselves.

Vaccinations will begin in retirement homes within 48 hours of the emergency approval, health secretary Alex Azar said. The government has partnered with CVS Health for the retirement home program.