The man was just meters from Trump and standing among a pool of reporters in a Senate hallway. 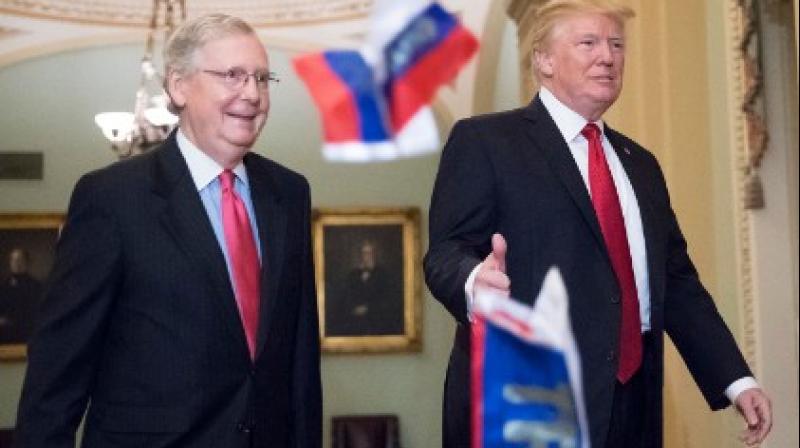 Washington:  A liberal protester threw small Russian flags at the US president Tuesday and repeatedly shouted "Trump is treason" as he arrived on Capitol Hill for lunch with Republican lawmakers.

The man was just meters from Trump and standing among a pool of reporters in a Senate hallway. Trump ignored the man, although he did give the thumbs-up sign as the red white and blue flags of Russia fell at his feet, and kept walking along with Senate Majority leader Mitch McConnell.

"This president conspired with agents of the Russian government to steal the election," the protester shouted before being detained by Capitol police.

Trump was at Congress to attend a weekly Republican luncheon and push his proposal for sweeping tax cuts.

The protester was identified as Ryan Clayton, leader of a group called Americans Take Action, which is pushing for Trump to be impeached. 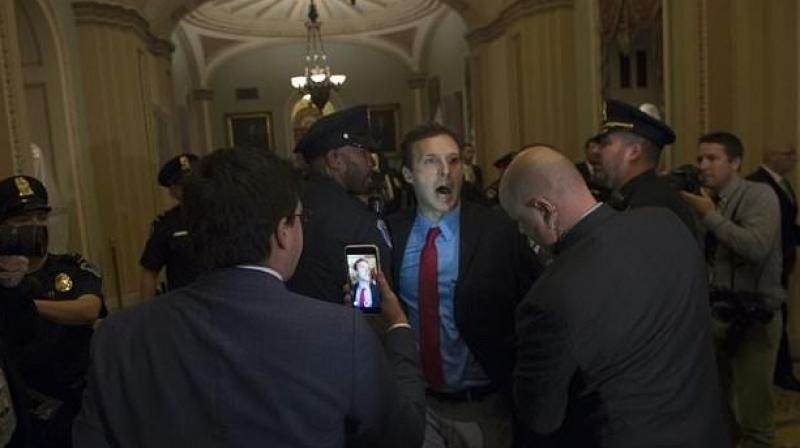 Clayton was already known for having passed around Russian flags at a conference of conservative activists outside Washington.

Congressional panels and special prosecutor Robert Mueller are investigating whether the Trump campaign colluded with what US intelligence agencies have said were unmistakable Russian attempts to help Trump defeat Hillary Clinton in the November election.