World   Americas  25 Jul 2019  Say 'send her back' and get a free side dish in this US restaurant
World, Americas

Canesa launched promotion on Facebook in a show of support for recent comments by Trump targeting left-leaning ethnic minority lawmakers. 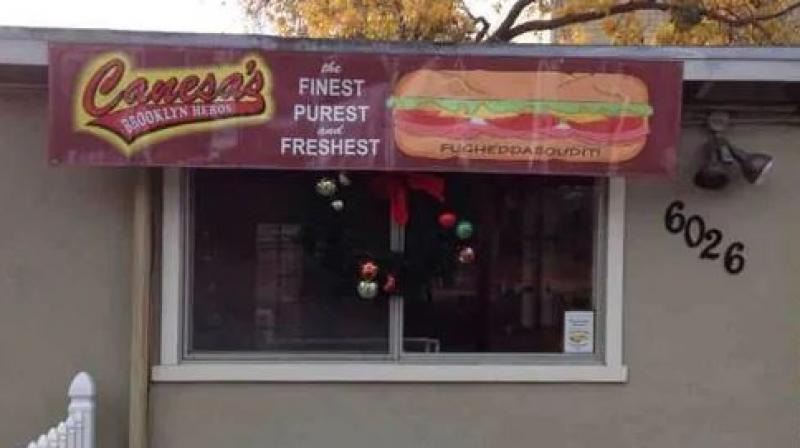 Canesa's controversial Facebook post, which can no longer be viewed by the public but screenshots of which are circulating on the web, also joked about his ingredients in an apparent jab at Muslims. (Photo: Facebook)

Los Angeles: A sandwich shop owner in northern California has come under fire for a publicity stunt offering customers who say "send her back" a free side dish.

John Canesa, who runs Canesa's Brooklyn Heros deli in the town of Clayton, north of San Francisco, launched the promotion on Facebook in a show of support for recent comments by President Donald Trump targeting left-leaning ethnic minority lawmakers.

The gimmick was inspired by racist chants of "send her back" aimed at Democratic congresswoman Ilhan Omar, a Somali-American former refugee, that broke out at a Trump rally in North Carolina earlier this month.

Canesa's controversial Facebook post, which can no longer be viewed by the public but screenshots of which are circulating on the web, also joked about his ingredients in an apparent jab at Muslims.

"Meatballs made with beef today in case we offend any of our sensitive pork haters!!," said the post that went up last week.

Canesa claimed in a series of posts last Friday that the promotion had gone down well with customers and that he had given out at least 65 free side orders.

"Come and get it we are about to sell out," he wrote. "I have to post more often!"

Not everyone has been amused by the promotion, with local mayor Tiuja Catalano saying it only served to promote "hatred and bigotry."

"When hateful comments are being promoted as part of a local business, they reflect on our community's reputation," she wrote in a Facebook post alongside screenshots of Canesa's promotion.

"As an elected official, who is also a woman and foreign-born, I personally find a comment about sending anyone back over their political opinions unacceptable," added Catalano, a native of Finland.

Many on social media also weighed in on the controversy with some calling for a boycott of the business and others applauding the idea.