The tax system would be simplified, and most Americans would be able to file their income taxes on a postcard, according to the plan. 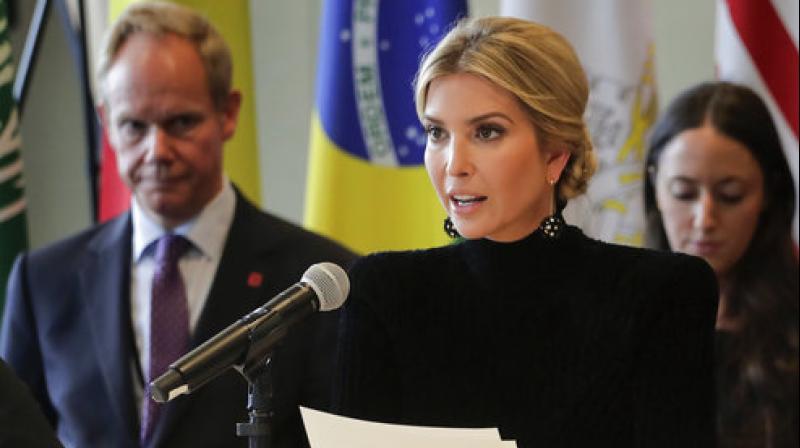 President Donald Trump's eldest daughter has channelled her roles as a working mother, entrepreneur and senior adviser to the president. (Photo: AP)

Richboro: President Donald Trump's eldest daughter has channelled her roles as a working mother, entrepreneur and senior adviser to the president to help sell the administration's tax plan, which she said is overdue to address the needs of the modern American family in an increasingly competitive global market.

Ivanka Trump joined US Treasurer Jovita Carranza and former US Rep. Nan Hayworth of New York for an hour-long, town hall-style meeting at a senior centre outside Philadelphia.

She called tax reform "critical" legislation and touted proposed changes to the tax code as changes that will help everyday Americans.

"There are many elements of this tax plan that I think are squarely targeted at creating jobs and growth in this country and offering relief to our middle-income families," she told the audience.

"This is about the recognition that, as a country, we have to have policies that mirror our values. We have to encourage the next generation to be competitive and compassionate. For me, I think this couples together our core values as a country."

The president has prioritized tax reform as his top agenda item and is urging Congress to pass legislation. He and other Republican leaders have crafted a proposal calling for steep tax cuts for corporations and potentially individuals, a doubling of the standard deduction used by most Americans, a reduction in the number of tax brackets from seven to three or four and a repeal of the inheritance tax on multimillion- dollar estates.

The tax system would be simplified, and most Americans would be able to file their income taxes on a postcard, according to the plan.

Ivanka Trump, as part of the tax reform package, has been focussed on expanding the child tax credit. She drew on her life experience to connect with the audience as a mom who has an understanding of the challenges parents face with the rising cost of child care.

"Every parent has to manage the competing demands of raising a family and their passions," she told the crowd. "I, too, had to manage that, but I am far more fortunate than most. I had help, and I recognized that I wouldn't be able to do even a small fraction of what I was able to do professionally or as a parent ... if I didn't have access to the means to be able to put my children in a secure and safe and protected and nurturing environment."

Increasing the child tax credit, she said, could mean the difference between sending a child to an after-school program or paying for quality day care and could even aid some young couples wrestling with whether they can afford to start a family.

Details on how much the $1,000 child tax credit should increase have not been settled, and Ivanka Trump has not publicly offered a number.