World   Americas  23 Nov 2016  Thought I wouldn't like Obama, but I did: Donald Trump
World, Americas

Thought I wouldn't like Obama, but I did: Donald Trump

After lambasting Obama for months as a failed leader unfit to be president, Trump found kinder words for his predecessor on Tuesday. 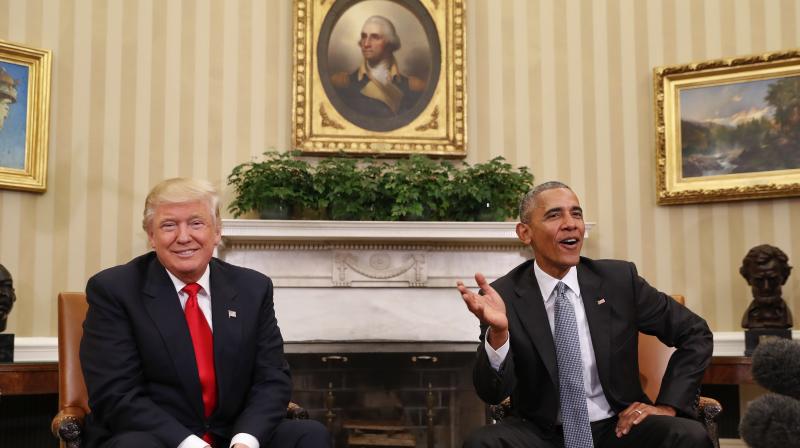 After lambasting Obama for months as a failed leader unfit to be president, the Republican president-elect found kinder words on Tuesday for the man he will succeed in the White House on January 20.

"I didn't know if I'd like him. I probably thought that maybe I wouldn’t, but I did. I really enjoyed him a lot," Trump said in an interview with the New York Times.

Obama, a Democrat, met with Trump at the Oval Office on November 10, two days after the presidential election. White House spokesman Josh Earnest said earlier on Tuesday the two had spoken again since then, citing Obama's commitment to a smooth transfer of power, but offered no other details.

"I had a great meeting with President Obama," Trump told the Times. "I really liked him a lot."

Obama, who had his own harsh words for Trump as he campaigned for Democrat Hillary Clinton, has made clear he would put the bitterness of the campaign aside to ensure a smooth transition of power and protect a pillar of American democracy.

Trump told the newspaper that Obama talked to him about what he considered the country's biggest problems, one problem in particular that the president-elect did not mention, according to Twitter posts by Times reporters.

Trump, who has vowed to undo a number of initiatives Obama holds dear, appeared conciliatory toward the president whose US citizenship he had long questioned.