Before departing for New York, Modi shared stage with Trump to address massive 50,000 plus audience at the 'Howdy, Mody!' event in Houston. 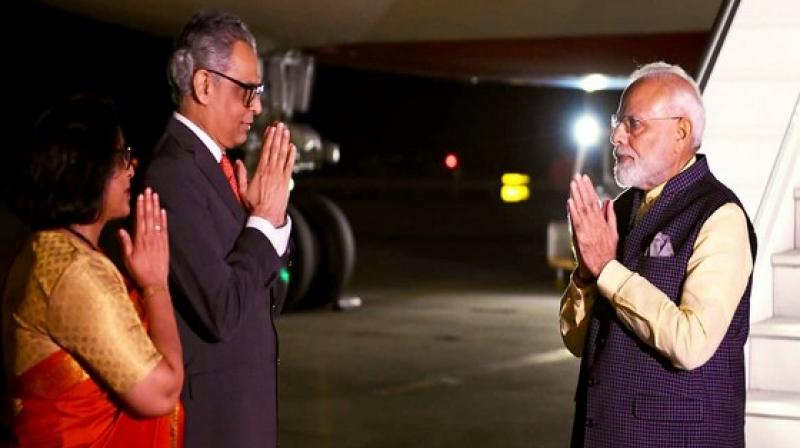 New York: India's permanent representative to the United Nations Syed Akbaruddin, who received Prime Minister Narendra Modi at the airport here on Sunday (local time), said that the members of the Permanent Mission of India to the UN have waited for long to greet the Prime Minister.

"Welcome PM @narendramodi. We @IndiaUNNewYork have waited for long to greet u," he tweeted.

The Prime Minister will be addressing the UNGA for the second time.

Apart from bilateral meetings with other delegations, including UN Secretary-General Antonio Guterres, the Prime Minister will also meet the Indian community in New York outside the General Assembly Hall.

Before departing for New York, Modi shared the stage with US President Donald Trump to address a massive 50,000 plus audience at the 'Howdy, Mody!' event in Houston.

In their address, the two world leaders touched upon various important issues of bilateral cooperation that further fuelled US-India friendship to new heights.