Melania Trump, who has always been in news for her style quotient, was criticised by netizens all around the world. 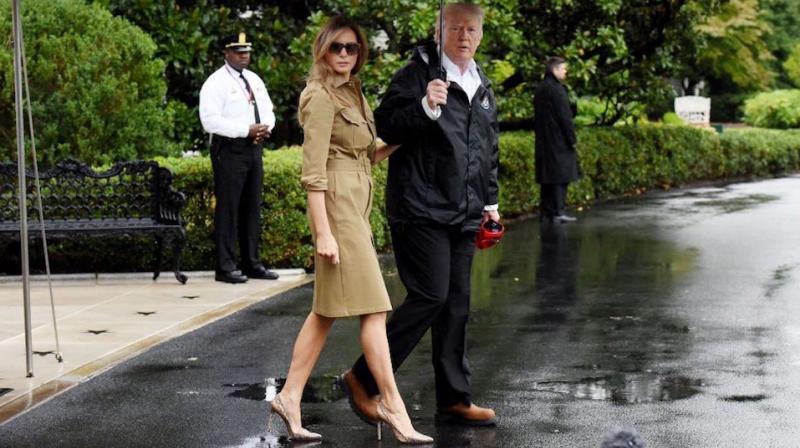 For second trip to Houston MelaniaTrump again in stillettos to depart and sneakers and Texas cap on arrival after earlier criticism.

US based magazine, The Hill quoted Trump saying, “She's wearing high-heels like many of you would do. And they went after her, but she didn't know, and then when she got off the plane in Texas she was wearing sneakers, which she had with her. And they [media] know it was dishonest," Trump told the crowd, adding sarcastically, "You know, she's going to go into the floods with her high heels.”

In August, Trump and his wife Melania had visited the flood ravaged Texas during which the latter was spotted wearing sky-high heels before boarding the aircraft from White House in the aftermath of Hurricane Harvey.

Melania Trump, who has always been in news for her style quotient, was criticised by netizens all around the world.

In this regard, slamming the coverage of her shoes, the first lady's communications director has said in statement, “It's sad that we have an active and ongoing natural disaster in Texas and people are worried about her shoes”, the report quoted.

Despite criticism, the first lady was seen wearing stilettos again while leaving the White House for a second trip to Texas later that week.