President Donald Trump relies on son-in-law Jared Kushner to advance his agenda, the closest thing to royal assist that the US can muster. 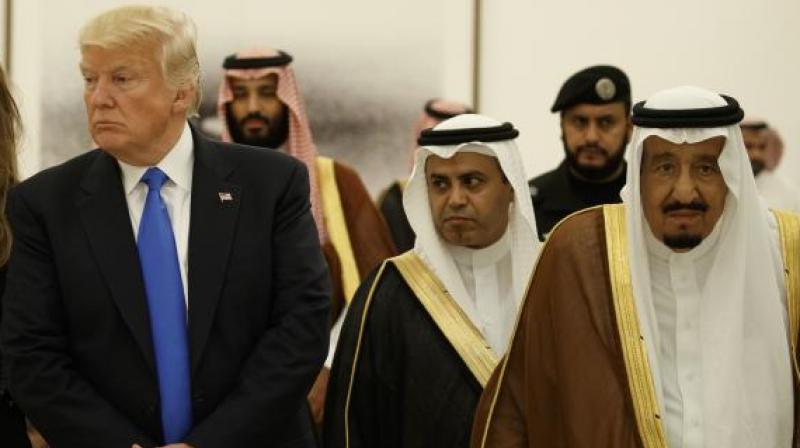 Washington: Half a world apart, in a theocratic monarchy and a democracy, a king and a president are relying on their 30-something son and son-in-law to help consolidate power and push their policies.

Saudi Arabia's King Salman this week elevated his son Mohammed bin Salman to crown prince, setting him on course to become the next Saudi king.

President Donald Trump relies heavily on son-in-law Jared Kushner to advance his agenda, the closest thing to a royal assist that the US can muster.

Kushner was in the Mideast this week meeting with Israeli and Palestinian leaders in an attempt to restart dormant peace talks. For that effort to succeed, Kushner will need the backing, or at least the quiet support, of Saudi Arabia - now under the reins of the crown prince, also known as MBS.

In this tale of two princes, Trump's son-in-law and Saudi Arabia's new heir to the throne have skyrocketed to power and been entrusted with a wealth of responsibilities and wide-ranging duties, even though neither had the experience that comes with years of government service.

The two have been presented to the public as outsiders who bring youthful energy and fresh ideas to sluggish bureaucracies with aging infrastructures.

For Trump, 71, and Salman, 81, the stakes couldn't be higher. Both have promised to deliver dramatic reforms to an antsy public. Kushner and MBS have built a relationship of increasing importance since Trump took office.

Kushner, 36, and MBS, 31, talk on the phone and dined together for several hours during Trump's trip to Riyadh in May, administration officials said. The officials spoke anonymously to discuss the private working relationship.

While in Washington in March, MBS lunched with Trump and Kushner in the State Dining Room. That visit helped ingratiate the young royal to Trump, and Saudi Arabia to the new administration in Washington.

It also laid the groundwork for Trump's maiden voyage overseas as president last month, when Trump became the first US president to make his first official trip to a Muslim nation with a visit to Saudi Arabia.

Trump and Salman also witnessed the signing of a nearly $110 billion defense deal, which administration officials say Kushner helped negotiate. The Obama administration had previously stalled on the deal because of concerns over Saudi aggression in Yemen.

Kushner emerged as a top adviser to Trump in the bruising 2016 presidential race. He spearheaded the campaign's data operation, had a hand in some policy speeches, and was often the last person Trump spoke to before making major decisions.

Prior to assuming his role as Trump's adviser, Kushner ran his family's real estate and construction business.

Within hours of King Salman's ascension to the throne in January 2015, the monarch named MBS as defense minister, which helped catapult the young prince into power and sidelined more experienced and older princes.

Two months later, MBS led Saudi forces into war in Yemen, becoming the face of a conflict framed in the Saudi media as a battle against Shiite-led Iran's ambitions for regional dominance.

The war whipped up nationalist fervor around the new king and his son. The Saudis paint the Yemen conflict as a fight against terrorism and border security - something that resonates with the new US administration.

Trump takes a bullish approach to defeating "radical Islamic terrorism," as he frequently refers to it, and is advocating for a border wall along America's southern border.

In Saudi Arabia last month, Trump conceded that he would only succeed in his goal of fighting terrorism with the partnership of Saudi Arabia and all other Muslim nations. That's where Kushner and MBS come in.

Kushner's growing duties as White House adviser have seen him serve as a point person for a range of contacts with countries from China to Mexico, develop ideas for infrastructure and criminal justice reform, oversee a new Office of American Innovation and, this week, try to broker Middle East peace - a goal that relies heavily on Saudi support.

MBS' portfolio includes oversight of defense and security, and transforming the kingdom's economy to become less reliant on oil exports for revenue.

His rise to power was accelerated after he visited Washington in March and met Trump. The visit helped reset relations between the two countries after years of strained ties under President Barack Obama over the nuclear accord with Iran, which Saudi Arabia strongly criticized.

Kushner and MBS are expected to collaborate on a more bullish policy on Iran, which both the US administration and the Saudi monarchy view as a threat to regional stability.

The US has also taken a proactive role in helping to pressure fellow Arab Gulf state Qatar to stop financing terrorism. "Given how close Kushner reportedly is with Saudi and Emirati young leaders, he may also serve as an effective channel for them to the president on the crisis over Qatar negligent behavior in the fight against terrorism," said David Weinberg, a Saudi expert with the Foundation for Defense of Democracies.

While close family ties are not unusual in US politics, Trump has maintained a tightly knit inner circle that has been influenced significantly by Kushner and his wife, Trump's daughter Ivanka.

The Middle East is no stranger to nepotism, with much of the Arab Gulf boasting hereditary rule and monarchies still ruling over Jordan and Morocco. Syria's President Bashar Assad is also part of a perceived "dynasty."