Make no mistake, virus will be with us for a long time: WHO chief warns

U.S. President Donald Trump last week criticised the WHO’s handling of the pandemic and announced he was suspending funding 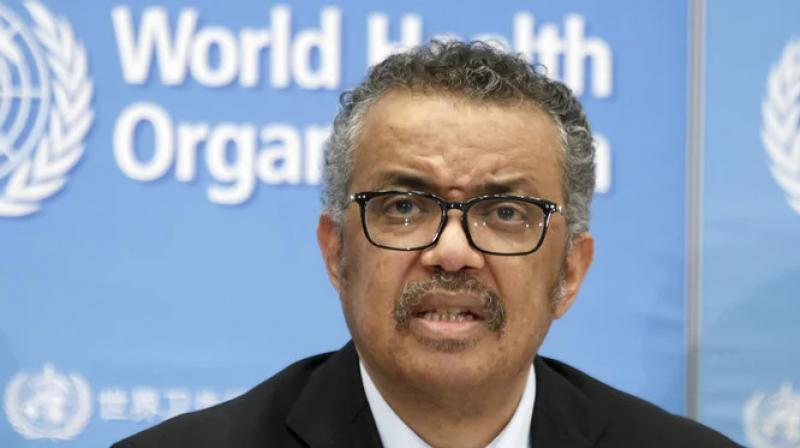 Washington: The head of the World Health Organization (WHO) said on Wednesday that he hoped the Trump administration would reconsider its suspension of funding, but that his main focus was on ending the pandemic and saving lives.

There were “worrying upward trends” in early epidemics in parts of Africa and central and South America, WHO director-general Tedros Adhanom Ghebreyesus said.

“Most countries are still in the early stages of their epidemics and some that were affected early in the pandemic are starting to see a resurgence in cases,” Tedros told Geneva journalists in a virtual briefing.

“Make no mistake we have a long way to go. This virus will be with us for a long time,” he said, while noting that epidemics in Western Europe appear to be stabilising or declining.

U.S. President Donald Trump last week criticised the WHO’s handling of the pandemic and announced he was suspending funding to the U.N. agency. U.S. Secretary of State Mike Pompeo on Wednesday said the United States strongly believes that China’s ruling Communist party failed to report the outbreak of the new coronavirus in a timely manner to the WHO.

“I hope the freezing of the funding will be reconsidered and the U.S. will once again support WHO’s work and continue to save lives,” Tedros said. “I hope the U.S. believes that this an important investment, not just to help others but for the U.S. to stay safe also.”

The WHO officials urged countries to continue investing in preparedness, saying that only 76 percent had surveillance systems to detect cases.