William Barr must not give Trump 'preview' of Mueller's findings: Nancy Pelosi

Attorney General William Barr must not give US President Donald Trump any ‘sneak preview’ of Robert Mueller’s findings or evidence. 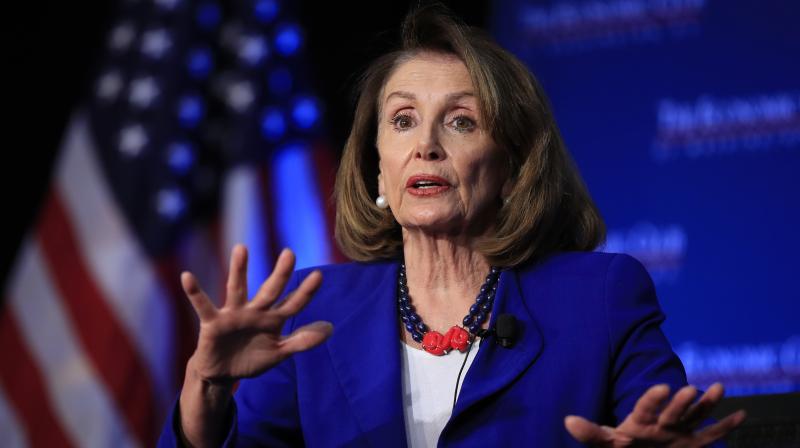 Pelosi, along with Senate Democratic Leader Chuck Schumer, made the comments in a statement released shortly after Mueller submitted his findings. (Photo:AP)

Pelosi, along with Senate Democratic Leader Chuck Schumer, made the comments in a statement released shortly after Mueller submitted his findings to Barr at the end of his 22-month long investigation into possible Russian collusion in the 2016 Presidential elections which were won by Donald Trump.

"Now that Special Counsel Mueller has submitted his report to the Attorney General, it is imperative for Mr Barr to make the full report public and provide its underlying documentation and findings to Congress," the statement released by the two Democratic leaders highlighted.

"Attorney General Barr must not give President Trump, his lawyers or his staff any ‘sneak preview’ of Special Counsel Mueller’s findings or evidence, and the White House must not be allowed to interfere in decisions about what parts of those findings or evidence are made public," they said.

"The American people have a right to the truth. The watchword is transparency,” the leaders mentioned.

The investigation into the possible Russian interference the 2016 elections has seen charges being filed against 37 defendants, seven guilty pleas and one conviction. However, no further convictions are expected, according to reports.

Meanwhile, Barr may provide the US Congress with "the special counsel's principal conclusions as soon as this weekend."

The incumbent US President has often decried Mueller's investigation as a "witch-hunt" and asked for the probe to be scrapped. He is yet to respond to the investigation's cessation.