Bera said strengthening India-US relationship is on top of his agenda and plans to boost regular interaction between the two countries. 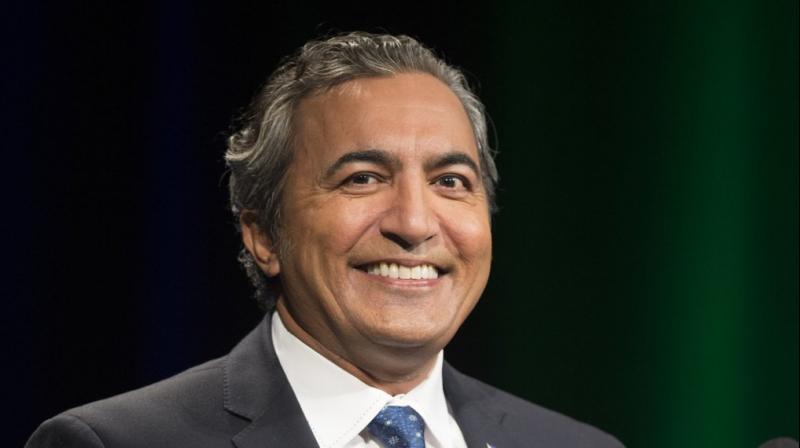 Bera said the reputation America has held in India for decades should not go backwards. (Photo: AP)

Washington: Asserting that India and the US need to work together to address challenges of the world in the 21st century, a top Indian-American Democratic Congressman has hoped that the bilateral relationship would continue the upward trajectory under the Trump administration.

"I think the world is a better place if democracy leads the way and as the world's leading democracy, America needs to work with partner nations like India and other democratic nations to continue to make sure our values are the leading values in the world," said Congressman Dr Ami Bera.

The three-term Congressman from California, Bera was Co-Chair of the Congressional Caucus on India and Indian-Americans for two years before he passed on the baton to Tulsi Gabbard from Hawaii early this month.

Of the view that India-US relationship scaled a new height under the previous Obama administration, he hoped that it continues on this trajectory under the new administration.

"Our hope is that Prime Minister (Narendra) Modi will be visiting America shortly. We're watching closely to see who the new Ambassador to India is. From the business to business side and the defence to defence side, we remain very optimistic," Bera said in response to a question.

Bera said strengthening India-US relationship is on top of his agenda and plans to initiates steps for more regular interaction between lawmakers of the two countries.

"I think the lasting relationship is between members of Parliament and members of Congress. So we're certainly continuing to interact with members of the Parliament as they visit. I'll be as active as I always have been even though I'm not the co-chair as the senior member of the delegation. The US-India relationship remains in my mind one of, what, President Obama and Vice President Biden said, could be the defining relationship of the 21st century," he said.

"What we have in common beyond just our democracy is the potential to work together, to address challenges throughout the world, and I think in the 21st century, it's America working with its partners," he said.

"Other things that we'd like to see we pushed in the last Congress have India become a permanent member of the UN Security Council. We will resume that push. We've seen tremendous work together on the defence to defence relationship," he said, adding India's emergence as a naval power and the importance of India helping stabilise the Indian Ocean region is very well recognised by others.

Noting that he does not want to lose a step on the people to people relationship, Bera said the reputation America has held in India for decades should not go backwards.

"This is why I think it's important for people like myself to speak out that our values are still the same values. We want the best and the brightest from around the world and we want America to be an inclusive country," he added.