'Beauty is beauty, and let's see what happens in New York,' Trump was heard saying in the video. 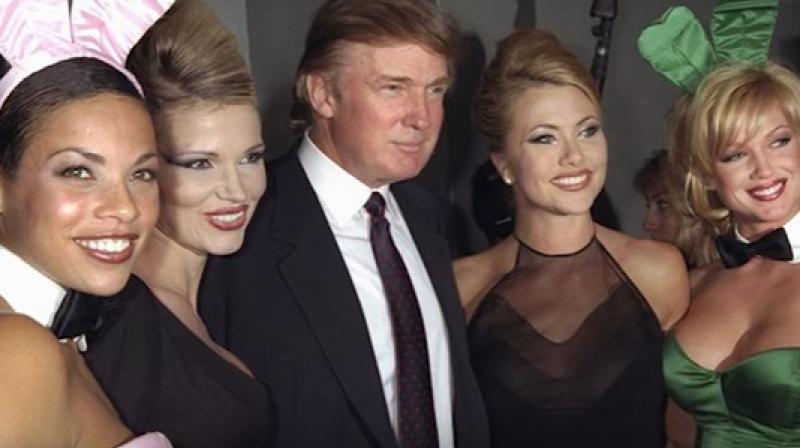 The 70-year-old Republican had made an appearance in a Playboy film in 2000. (Photo: YouTube Screengrab)

Washington: Donald Trump, who was sworn-in as the 45th President of the United States of America on January 20, 2017, had appeared in a soft-porn video, it has emerged.

According to a report in the Mirror, the 70-year-old Republican had made an appearance in a Playboy film in 2000.

The Playboy video titled 'Centerfold', features "fully nude women posing in sexual positions, dancing naked, touching themselves while naked, touching each other sensually, rubbing honey on themselves," the report said.

As far as Trump's part in the video is concerned, he did a cameo where he welcomed he Playmates on their visit to New York City, smashed a champagne bottle on a limousine and poured the champagne all over the Playboy logo.

He is then heard saying, "Beauty is beauty, and let's see what happens in New York."

Ironically, last year Trump had vowed to crackdown on pornography if elected. He took the oath as the 45th President of US on January 20, 2017 with millions of protesters rallying against him.