He told the group sitting around a conference table that they had failed to provide their viewers with fair and accurate coverage. 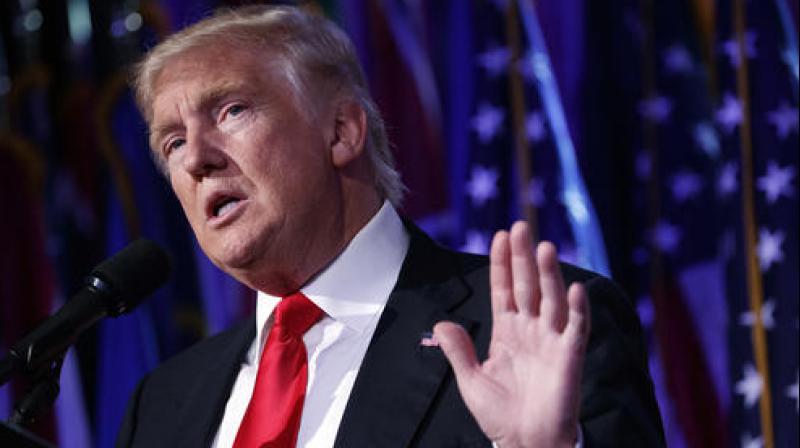 Washington: US President-elect Donald Trump has lashed out at top electronic media executives and journalists, terming them "dishonest" and "deceitful liars" after he invited them for a private meeting of minds.

"Instead of striking a harmonious tone to build rapport following the election, Trump was combative," The Washington Post quoted participants as saying.

"In a calm and deliberate voice, he told the group sitting around a conference table that they had failed to provide their viewers with fair and accurate coverage, and told them they failed to understand him or his appeal to millions of Americans," The Washington Post reported.

According to the daily, 70-year-old Trump repeatedly used the words "unfair" and "dishonest" to describe the coverage during Monday's meeting in New York with television journalists and executives.

Trump is scheduled to meet 'The New York Times' reporters and executives today.

"It was like a f---ing firing squad," The New York Post reported based on information obtained from those inside the meeting.

"Trump started with [CNN chief] Jeff Zucker and said 'I hate your network, everyone at CNN is a liar and you should be ashamed', " the report said quoting a source.

"The meeting was a total disaster. The TV execs and anchors went in there thinking they would be discussing the access they would get to the Trump administration, but instead they got a Trump-style dressing down," the source added.

Trump kept saying 'We're in a room of liars, the deceitful dishonest media who got it all wrong.'

"He addressed everyone in the room calling the media dishonest, deceitful liars. He called out Zucker by name and said everyone at CNN was a liar, and CNN was [a] network of liars," the report said.

Kellyanne Conway, chairman of the Trump Campaign, however, disputed such reports.

"No, that's not true at all. I sat right to his left. He did not explode in anger. By the way, it's an off-the-record meeting so whoever said that and mischaracterised it should think twice," she said on Bloomberg Poetics.

"There was no need to mend fences. It was very cordial, very genial. But it was very candid and very honest. From my own perspective, it's great to hit the reset button," Conway said.