On May 24, two persons walked into the Bombay Bhel restaurant at Mississauga in Ontario dropped an improvised explosive device and fled. 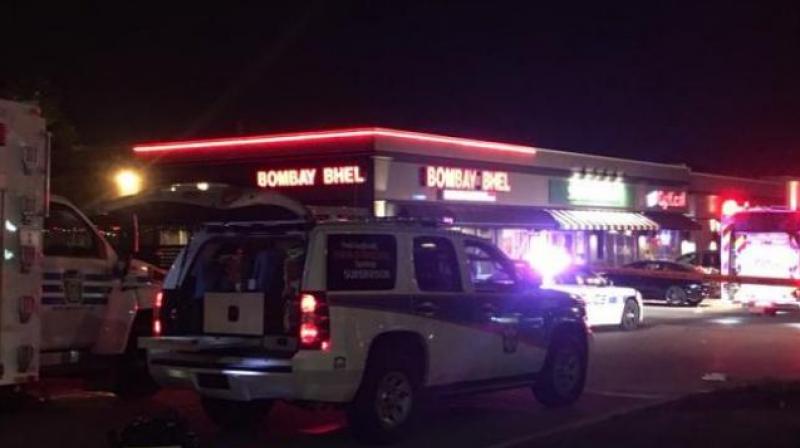 About 40 people were inside the restaurant at the time of the blast, many of whom were children under 10. (Photo: @Peel_Paramedics/Twitter)

Toronto: Victims of a bomb blast in Canada have sued a popular Indian restaurant near Toronto for damages totalling 6 million dollars, alleging that the attack was a result of a "turf war" between business rivals.

On May 24, two persons with their faces covered walked into the Bombay Bhel restaurant at Mississauga in Ontario, where two birthday parties were being celebrated, dropped an improvised explosive device and fled.

Read: Woman may be one of two suspects involved in blast at Indian restaurant in Canada

The blast, the impact of which was felt more than four kilometres away, wounded 15 people, including two dual Indian-Canadian nationals.

No arrest has been made so far and hunt is on to nab the culprits, the CBC News reported.

In a civil lawsuit, six of the 15 blast victims, sought a total of 6 million Canadian dollars (Rs 32.18 crore) from the owners of the restaurant for "severe and permanent injuries", alleging that the establishment failed to provide proper security amid a "turf war between rival business associates", the report said.

"The owners of the Bombay Bhel restaurant knew or ought to have known there was an issue with security and that they were targeted," the report quoted the victims' lawyer, Darryl Singer, as saying.

The plaintiffs, all of whom are of Indian origin, said they were simply "in the wrong place at the wrong time" and ended up as "carnage in a turf war between individuals we did not even know".

Each of the victims is seeking 1 million Canadian dollars from Bombay Bhel and the corporation that owns it.

As per court documents, the six victims suffered "severe and permanent injuries" which prevented them from returning to work.

About 40 people were inside the restaurant at the time of the blast, many of whom were children under 10. The condition of all the injured is now improved, the report said.