Clinton also said Trump called him after the election and sounded surprisingly cordial after such a bitter campaign. 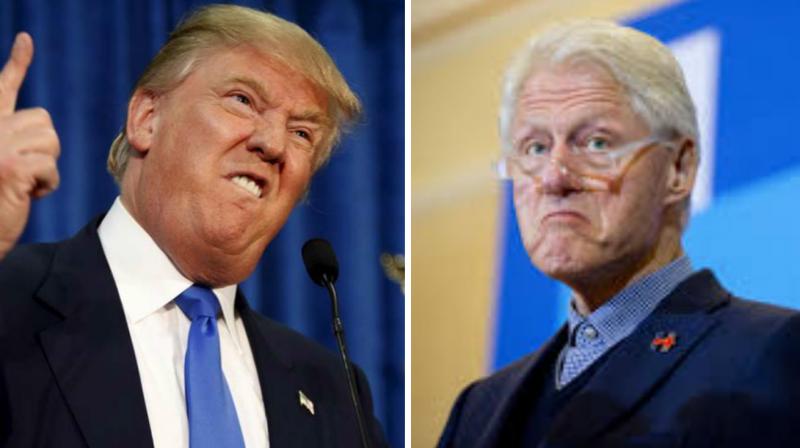 Washington: President-elect Donald Trump took on Bill Clinton on Tuesday in a new tweet attack, after the former president questioned his intelligence.

In an impromptu discussion at a book store in upstate New York earlier this month, Clinton said this when asked if he thought Trump was smart: "He doesn't know much. One thing he does know is how to get angry, white men to vote for him."

Clinton made the remarks December 10, and they were reported by a local newspaper editor who happened to be present. The comments were published Monday by Politico.

Clinton also said Trump called him after the election and sounded surprisingly cordial after such a bitter campaign.

"Bill Clinton stated that I called him after the election. Wrong, he called me (with a very nice congratulations. He 'doesn't know much' ..."

Trump added: "especially how to get people, even with an unlimited budget, out to vote in the vital swing states (and more). They focused on wrong states."

Clinton quipped on Twitter in response to Trump's posts: "Here's one thing @realDonaldTrump and I can agree on -- I called him after the election."

During the campaign, Trump bluntly attacked Clinton over his marital infidelities and said Hillary Clinton was just as bad for putting up with it, calling her an "enabler" of those indiscretions.