US Navy could remove Gallagher from SEALs, even after Trump intervention

A panel of Navy SEAL officers would convene in December to decide whether Gallagher can remain in the unit, Lawrence said. 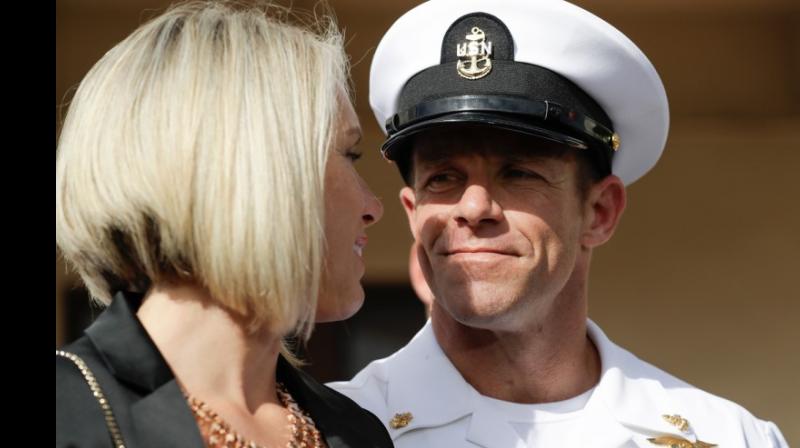 In July, Gallagher was acquitted of charges related to the stabbing death of a wounded ISIS prisoner in Iraq, and of other killings of civilians. (Photo: File)

Washington: The US Navy on Wednesday began a procedure that could remove from its elite SEALs unit an officer accused of war crimes whom President Donald Trump pardoned last week.

Along with three other unidentified members of his unit, Edward Gallagher, 40, was "notified today that a process will start to evaluate and look at their continued service as SEALs," spokeswoman for US special forces Tamara Lawrence told AFP.

A panel of Navy SEAL officers would convene in December to decide whether Gallagher can remain in the unit, Lawrence said.

The panel will give its opinion to the commander of the US Navy special forces, Rear Admiral Collin Green, who will make recommendations to US Navy command, which will make a final decision, she added.

In July, Gallagher was acquitted of charges related to the stabbing death of a wounded ISIS prisoner in Iraq, and of other killings of civilians.

But he was convicted of posing with the slain fighter's body in a group picture with other SEALs.

Gallagher's case was championed by Fox News, which is closely followed by Trump, and last week the president reversed the military court's decision to reduce Gallagher's demotion following his conviction.

He also pardoned a former US soldier convicted of murder and a Green Beret charged with killing a suspected Taliban bomb-maker.

Lawrence declined to say whether the proceedings started on Wednesday had been opened in response to Trump's moves.

"Discussions have been ongoing since before the president's action," she said, but the sailors concerned "were notified today."

The procedure is administrative and not legal, and even if they are excluded from the SEALs, they will be able to continue serving in the Navy.