In strong signal of US frustration, Trump cancels USD 1.66 billion aid to Pakistan 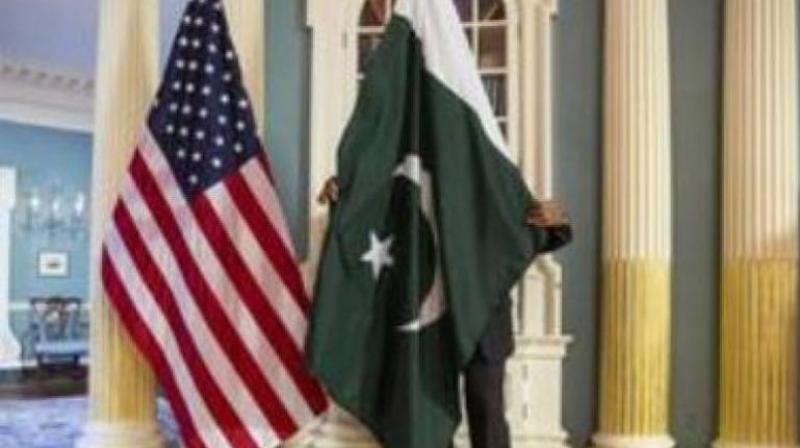 Over the last few days, Trump has said that people in Pakistan knew about the presence of Laden. (Photo: File | Representational)

Washington: The US has suspended USD 1.66 billion in security assistance to Pakistan after President Donald Trump's directive, the Pentagon has said, in what experts believe is a strong signal of American frustration. The Pentagon's statement came days after Trump said Pakistan does not do "a damn thing" for the US, alleging that its government had helped Al Qaeda chief Osama bin Laden hide near its garrison city of Abbottabad.

According to David Sedney, who served as Deputy Assistant Secretary Defence for Afghanistan, Pakistan and Central Asia during the previous Obama administration, the blocking of military assistance to Pakistan, which began in January this year, is a strong signal of American frustration.

"But, so far Pakistan has taken no serious steps to address the core US concern - that Pakistan tolerates and often encourages groups which use violence against Pakistan's neighbours," Sedney said. "Pakistan's leaders have promised cooperation, but beyond words, serious cooperation has not happened, therefore President Trump is frustrated and so are most Americans," he said in response to a question.

"This frustration does not ignore the suffering that Pakistani people have undergone. It just asks Pakistan to recognise that it should act to help stop the suffering of others," said the Senior Associate at the Centre for Strategic and International Studies, a think tank.

Sedney was part of the Pentagon when Osama bin Laden was killed in a raid by US commandos in Pakistan's Abbottabad.

Over the last few days, Trump has said that people in Pakistan knew about the presence of Laden. "I agree with the views of Carlotta Gall of the New York Times who reported in her book 'The Wrong Enemy' that a very small group of very senior Pakistani military leaders knew about bin Laden's presence in Pakistan. I have not seen any evidence that his presence in Abbottabad was widely known by many in Pakistan," Sedney said.

While Pakistan has suffered terribly from terrorism, Islamabad has also enabled terror groups that attack its neighbours, he said.

Ties between the US and Pakistan strained after Trump, while announcing his Afghanistan and South Asia policy in August last year, hit out at Pakistan for providing safe havens to "agents of chaos" that kill Americans in Afghanistan and warned Islamabad that it has "much to lose" by harbouring terrorists.

In September, the Trump administration cancelled USD 300 million in military aid to Islamabad for not doing enough against terror groups like the Haqqani Network and the Taliban active on its soil.