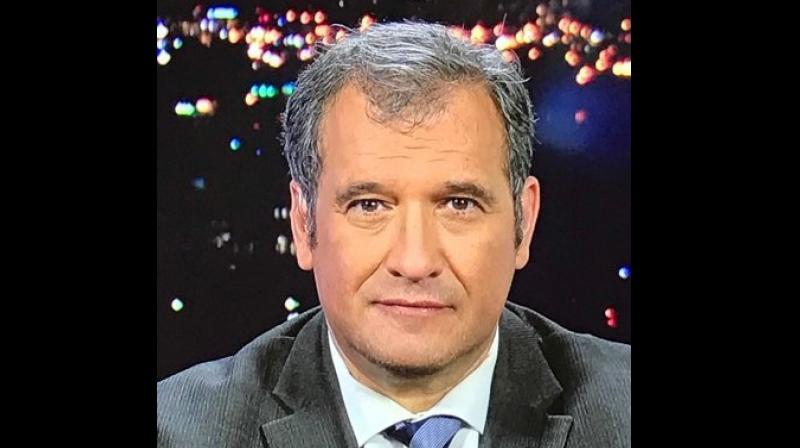 Brian Karem, a CNN contributor who covers the White House for the magazine, said in the suit that the 30-day suspension of his credential is an attempt to silence his coverage and was decided arbitrarily. (Photo: Twitter)

Washington: A reporter for Playboy magazine has sued President Donald Trump on Tuesday to regain a press pass he alleged officials suspended in violation of his constitutional rights.

Brian Karem, a CNN contributor who covers the White House for the magazine, said in the suit that the 30-day suspension of his credential is an attempt to silence his coverage and was decided arbitrarily.

According to Washington Post report, Karem named White House press secretary Stephanie Grisham and Trump as defendants. He has also seek a temporary restraining order that would lift the suspension of his "hard" pass, which gives reporters largely unfettered access to the White House grounds.

Earlier, the White House suspended the credentials of CNN reporter Jim Acosta after he engaged in a testy exchange with Trump at a news conference.

Grisham notified Karem this month that she was revoking his pass as a result of a July 11 incident in the Rose Garden.

After Trump's remarks at a social media summit with bloggers and online supporters last month, Karem engaged in a brief exchange of words with members of the audience

He received an immediate reply from a guest at the event, former Trump White House aide and radio talk-show host Sebastian Gorka.

Karem responded to Gorka by inviting him to have "a long conversation" outside the grounds.

Grisham issued a "preliminary" decision to suspend Karem's access three weeks after the event, noting that Trump had concurred with the decision. She said in a letter to Karem that his "disruptive behaviour" at the July 11 event "violated the basic standards governing such events," although she acknowledged that there are no explicit rules describing these standards.

She wrote that Karem had "insulted an invited guest of the White House . . . threatened to escalate a verbal altercation into a physical one and . . . re-engaged with Gorka in what quickly became a confrontational manner while repeatedly disobeying a White House staffer's instructions to leave."

The White House did not respond to a request for comment.