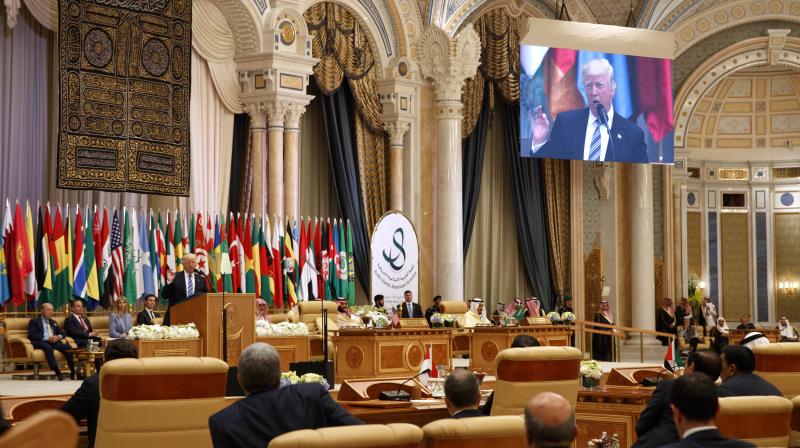 Riyadh: US President Donald Trump told dozens of Muslim leaders on Sunday he brought "a message of friendship and hope and love", in a keenly awaited speech on Islam in Saudi Arabia.

He urged Muslim countries to ensure that "terrorists find no sanctuary on their soil" and announced an agreement with Gulf countries to fight financing for extremists.

Trump said that every nation must shoulder the burden of rooting out terrorism from their countries.

The US President said terrorist groups "do nothing to inspire but kill."
He said all countries must work together to "honestly" confront "the crisis of Islamist extremism and the Islamist terror groups it inspires."

Trump denounced Iranian aggression in the region, and said that the "longest-suffering victims" are the Iranian people.

He said the Iranian people have "endured hardship and despair under their leaders' reckless pursuit of conflict and terror."

But the US President fell short of referencing "radical Islamic terrorism" - a term he uses frequently at home and has condemned President Barack Obama for failing to say.