The President also asserted that Republicans have never been so united. 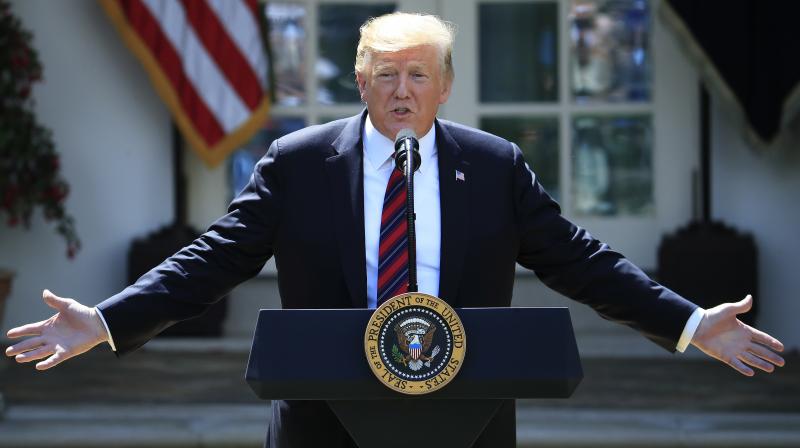 Earlier, Trump had once again hit out at House of Representatives Speaker Nancy Pelosi saying that she is afraid to present her "phony impeachment hoax" to the Senate. (Photo: File)

Washington: US President Donald Trump demanded an immediate trial in the Senate and alleged that the Democrats failed to give him a due process in the House of Representatives.

"So after the Democrats gave me no Due Process in the House, no lawyers, no witnesses, no nothing, they now want to tell the Senate how to run their trial. Actually, they have zero proof of anything, they will never even show up. They want out. I want an immediate trial!" Trump tweeted on Thursday (local time).

Sputnik reported that Trump tweeted, apparently responding to US House Speaker Nancy Pelosi's purported indecisiveness to continue with the impeachment trial in the US Senate.

The President also asserted that Republicans have never been so united.

"The House Democrats were unable to get even a single vote from the Republicans on their Impeachment Hoax. The Republicans have never been so united! The Dem's case is so bad that they don't even want to go to trial!" Trump said in another tweet.

Earlier, Trump had once again hit out at House of Representatives Speaker Nancy Pelosi saying that she is afraid to present her "phony impeachment hoax" to the Senate.

"Pelosi feels her phony impeachment HOAX is so pathetic she is afraid to present it to the Senate, which can set a date and put this whole SCAM into default if they refuse to show up! The Do Nothings are so bad for our Country!" Trump had said in a tweet.

US House of Representative on Wednesday voted to support the two articles of impeachment against President Trump.

The trail in the Republican-controlled Senate is likely to begin in January, Al Jazeera reported. However, that is only after House Democrats send articles of impeachment to the Senate.