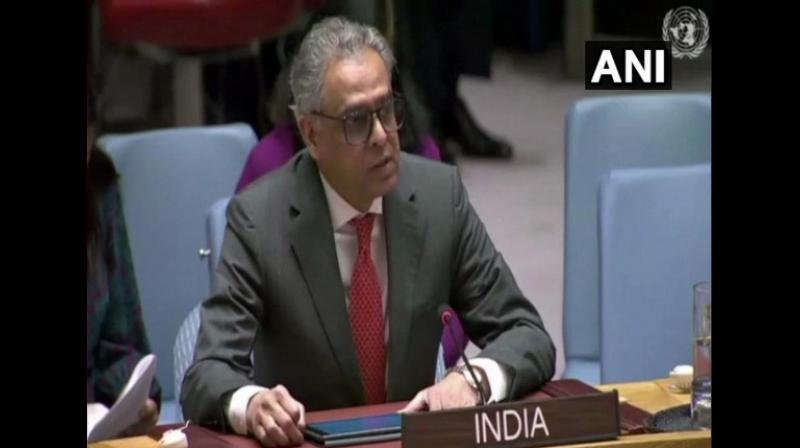 While supporting and appreciating the international efforts to end the conflict in Afghanistan, he said, ‘We see that some may be driven by a sense of an urgency with timelines which are, perhaps, not intrinsic to the needs of the Afghan people’. (Photo: ANI)

United Nations: As a new round of negotiations between the US and the Taliban is to start in Qatar, India has cautioned against a hasty deal with the terror group that is dictated by a Washington timeline rather than the best interests of Afghanistan.

Speaking at the United Nations Security Council on Wednesday, India's Permanent Representative Syed Akbaruddin, an IFS officer, also said that shutting down terrorist cells in Pakistan must be a precondition for any peace agreement to go forward with the Taliban.

While supporting and appreciating the international efforts to end the conflict in Afghanistan, he said, ‘We see that some may be driven by a sense of an urgency with timelines which are, perhaps, not intrinsic to the needs of the Afghan people’.

He also cautioned that terrorist organisations cannot be allowed to negotiate from a position of strength that is guaranteed to them by the sanctuaries given to them by Pakistan.

Akbaruddin, however, diplomatically did not name the US or Pakistan, but his message to them was clear.

"As the way forward is chalked out, we cannot ignore that groups enjoying support and safe havens carry out violent and terrorist activities from across borders," he said. "They cannot be allowed to negotiate from a place of advantage."

"The sanctuaries and safe havens provided to terror networks have to be addressed for genuine and sustainable peace. The terrorist activities of the Taliban, Haqqani Network, Islamic State (IS), as well as Al Qaeda and its proscribed affiliates, including the Lashkar-e-Taiba and Jaish-e-Mohammed, need to end."

Washington has been trying to forge a peace deal with the Taliban so that US President Donald Trump can keep his election promise of ending American involvement in Afghanistan and bringing the troops home as the campaign for next year's election heats up.