The number of Americans who approve of Donald Trump dropped by 3 percentage points to the lowest level of the year. 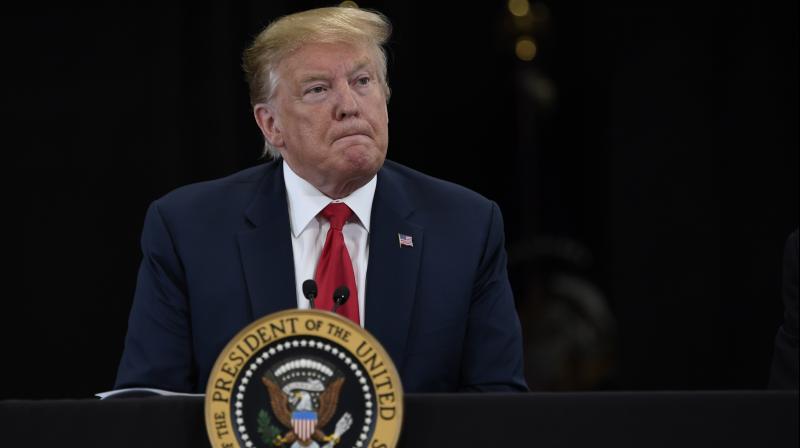 While Mueller ultimately decided not to charge Trump with a crime, he also said that the investigation did not exonerate the president, either. (Photo:AP)

New York: The number of Americans who approve of President Donald Trump dropped by 3 percentage points to the lowest level of the year following the release of a special counsel report detailing Russian interference in the last U.S. presidential election, according to an exclusive Reuters/Ipsos public opinion poll.

The poll, conducted Thursday afternoon to Friday morning, is the first national survey to measure the response from the American public after the U.S. Justice Department released Special Counsel Robert Mueller's 448-page report that recounted numerous occasions in which Trump may have interfered with the investigation.

According to the poll, 37 percent of adults in the United States approved of Trump's performance in office, down from 40 percent in a similar poll conducted on April 15 and matching the lowest level of the year. That is also down from 43 percent in a poll conducted shortly after U.S. Attorney General William Barr circulated a summary of the report in March.

In his report, Mueller said his investigation did not establish that the Trump campaign had coordinated with Russians. However, investigators did find "multiple acts by the President that were capable of exerting undue influence over law enforcement investigations."

While Mueller ultimately decided not to charge Trump with a crime, he also said that the investigation did not exonerate the president, either.

The Reuters/Ipsos poll was conducted online in English throughout the United States. It gathered responses from 1,005 adults, including 924 who were familiar with the Mueller report. It has a credibility interval, a measure of precision, of 4 percentage points.

The poll found that 50 percent of Americans agreed that "Trump or someone from his campaign worked with Russia to influence the 2016 election," and 58 percent agreed that the president "tried to stop investigations into Russian influence on his administration."

The poll responses were sharply split along party lines, with Democrats much more critical of Trump than his fellow Republicans.

So far, the report does not appear to have convinced many to change their opinions about the president's conduct during a bitter presidential campaign, whether his inner circle improperly engaged with Russian agents, or if he tried to interfere with federal investigators afterward.

Among those respondents who said they were familiar with the Mueller report, 70 percent said the report had not changed their view of Trump or Russia's involvement in the U.S. presidential race. Only 15 percent said they had learned something that changed their view of Trump or the Russia investigation, and a majority of those respondents said they were now more likely to believe that "Trump or someone close to him broke the law."