Ahead of her visit to India, Ivanka Trump wishes India Happy Diwali

‘Wishing Hindus, Sikhs and Jains around the world a joyful Diwali,' Ivanka tweeted 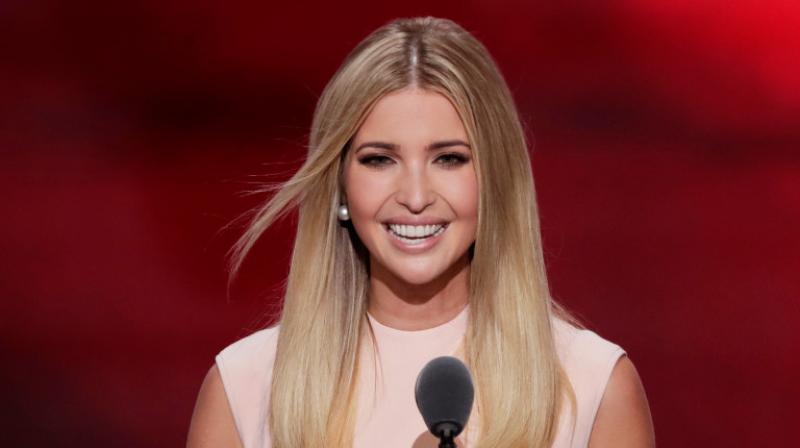 Ivanka Trump, daughter of US President Donald Trump, who last year celebrated Diwali in a temple sent in her greetings by a tweet and said she was looking forward to her visit to India in November. (Photo: AP)

Washington: Ivanka Trump, daughter of US President Donald Trump, who last year celebrated Diwali in a temple sent in her greetings by a tweet and said she was looking forward to her visit to India in November to participate in the Global Entrepreneurship Summit.

"Wishing Hindus, Sikhs and Jains around the world a joyful Diwali. Saal Mubarak to all! Looking forward to my visit to India for GES2017," Ivanka tweeted along with a picture of President Trump celebrating festival of lights in the Oval Office of the White House on Tuesday.

Wishing Hindus, Sikhs & Jains around the world a joyful #Diwali. Saal Mubarak to all! Looking forward to my visit to India for #GES2017. pic.twitter.com/O1tmiFzECc

Trump had hailed the extraordinary contributions of Indian-Americans to science, medicine, business and education in the country as he celebrated his first Diwali at the White House.

"You have made extraordinary contributions to art, science, medicine, business and education. America is especially thankful for its many Indian-American citizens who serve bravely in our armed forces and as first responders in communities throughout our great land," he said.

"Today, we proudly celebrate this holiday in The People’s House. In so doing, we reaffirm that Indian-Americans and Hindu-Americans are truly cherished, treasured and beloved members of our great American family," Trump added.

He had been joined by senior Indian-American members of his administration including Nikki Haley, his Ambassador to the United Nations and Seema Verma Administrator, Centers for Medicare and Medicaid Services.

In his address, Trump said Indian-American neighbours and friends have made incredible contributions to the US and to the world.

Diwali, he said, is one of the most important celebrations in the Hindu religion.

On Wednesday, US Vice President Mike Pence, along with several other lawmakers have sent their Diwali greetings to Indian-Americans and those celebrating the festival of lights across the globe. "Happy Diwali to those celebrating with friends and family," Pence said in a tweet.

"May we all strive for peace, prosperity and the triumph of light over darkness," said the US Vice President.

Happy #Diwali to those celebrating with friends & family. May we all strive for peace, prosperity & the triumph of light over darkness. https://t.co/NJPMnyDqOk

Tweeting "Happy Diwali" to all those who celebrate, Indian-American Congresswoman Pramila Jayapal said the Festival of Lights has always been special for her. "May the light guide your path," she said in another tweet.

Secretary of State Rex Tillerson started his major India policy speech by sending Diwali greetings to all friends in the US, India and around the world celebrating the Festival of Lights.

"Generally, fireworks accompany that. I don't need any fireworks; I'm getting too many fireworks around me already. So we'll forgo the fireworks," he said, amidst laughter from a Washington audience.

The tradition of Diwali celebration at the White House was first started by President George Bush.