China home to one of worst human rights crisis: Pompeo

'In China, the Chinese Communist Party demands control over the lives of the Chinese people and their souls.' says Pompeo. 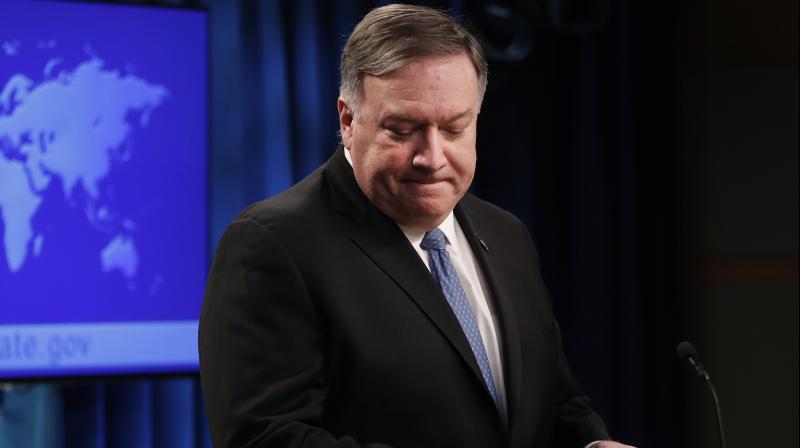 The secretary of state gave an account of Jewher Ilham, a woman who has fought for the release of her father. (Photo: AP)

Washington: United States Secretary of State Mike Pompeo has said China was home to one of the worst human rights crisis of the present times, slamming Beijing for violations against ethnic and religious minorities.

In his keynote address at the Ministerial to Advance Religious Freedom on Thursday, Pompeo said a shocking 83 per cent of the world's population live in nations where religious freedom was either threatened or denied entirely.

The secretary of state singled out China as he listed out many countries for violation of religious freedom. Since April 2017, Pompeo said, Beijing had detained more than a million Chinese Muslims and other minorities in camps in Xinjiang.

"China is home to one of the worst human rights crisis of our time. It is truly the stain of the century," Pompeo said at the event, which was attended by ministers from several countries.

"In China, the Chinese Communist Party demands control over the lives of the Chinese people and their souls." "Is that consistent with the guarantee of 'freedom of religious belief' that is found directly in the Chinese constitution?" he asked. Pompeo cited a number of instances of human rights violations in China.

"In September last year, Chen Huixia, a member of the Falun Gong, was sentenced to three-and-a-half years in prison simply for practising his faith. "In May of 2018, authorities arrested Wang Yi, the pastor of Early Rain Covenant Church, a large unregistered church in Chengdu, for openly criticising the government's controls on religious freedom. He's still in jail today," Pompeo said.

The secretary of state gave an account of Jewher Ilham, a woman who has fought for the release of her father. "He was given an unprecedented life sentence for his writings dedicated to bridging the gap between the Uyghur people and the Han Chinese, a noble undertaking," Pompeo said.

He alleged that Chinese government officials had even discouraged other countries from attending the event. The senior official thanked the countries that had "defied" the alleged Chinese pressure to come to the event. He said those countries that were not present at the event would reconsider their decision next time and find the "courage to stand up for freedom".

Pompeo underlined that governments alone cannot properly tackle the problem of violation of religious freedom, saying countries needed to support civil society groups. "Let's harness the passion of these people of all faiths to defend it," he said.

"Look at how the fight against human trafficking has become a major humanitarian priority. Grassroots efforts made that happen. And I'm confident that we are replicating them," Pompeo added.