Video: When US President Trump gets a sharp nudge from First Lady Melania

The President seemed to have forgotten to raise his hand to his heart immediately like Melania Trump and Barron Trump did. 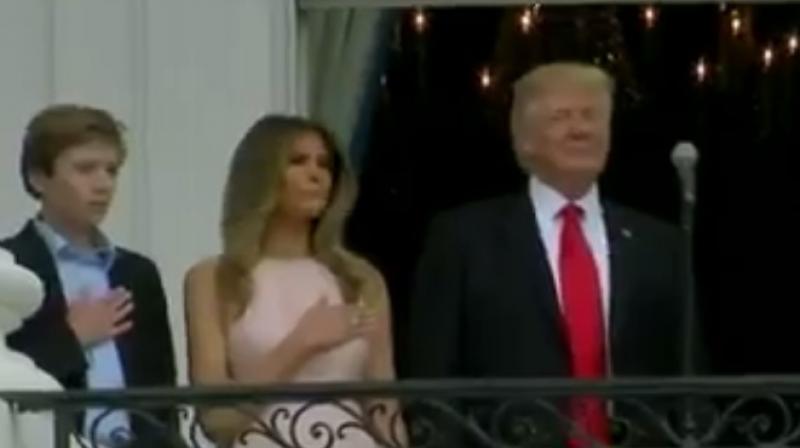 Washington: In a video that has gone viral on social media, US First Lady Melania Trump was seen giving President Donald Trump a nudge at the White House, as the national anthem began. The President who seemed to have forgotten to raise his hand to his heart immediately like Melania Trump and Barron Trump did, was given a quick reminder by the First Lady.

According to reports, President Trump, the First Lady and their son Barron on Monday welcomed guests to the 139th annual Easter Egg Roll at the White House after which the national anthem started.

As per the US Flag Code, it is necessary for everyone to place their right hand over their heart as a sign of respect during the national anthem.

The incident brought in tweets from several people highlighting different reasons as to why Trump may have missed to raise his hand soon. Many commented about the Slovenian-born First Lady showing more respect towards the national anthem than the President himself. 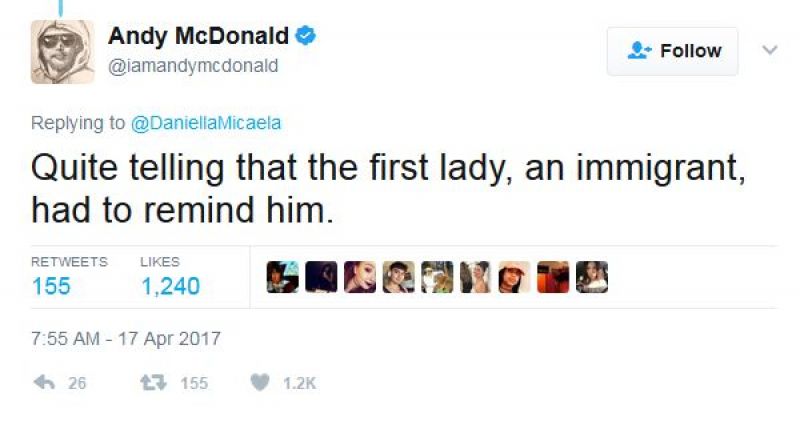 A joke about President Donald Trump's obsession with the crowd size at his inaugural ceremony, found its way in someone's tweet. 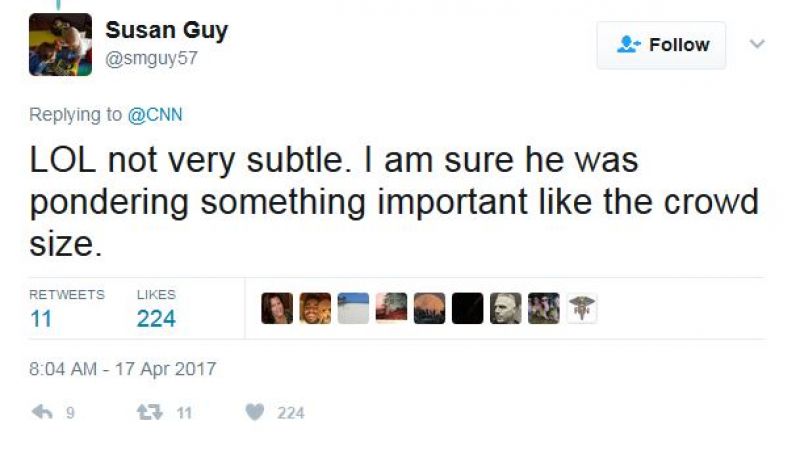