The two-plus-two dialogue was seen as a vehicle to elevate the strategic relationship between the two countries. 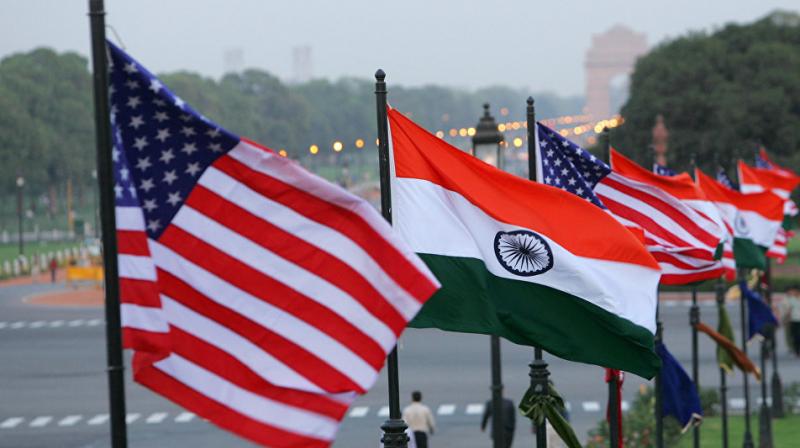 The first two-plus-two meeting between India and the US was tentatively scheduled for April 18-19. (Photo: AP)

Washington: The India-US two-plus-two meeting has been postponed as of now due to uncertainty over confirmation of nomination of Mike Pompeo, as the new Secretary of State, according to officials.

The first two-plus-two meeting between India and the US was tentatively scheduled for April 18-19. The launch of two-plus-two dialogue was announced last summer when Prime Minister Narendra Modi had a successful meeting with US President Donald Trump at the White House.

However, there was no official announcement of the high-level dialogue involving the foreign and defence ministers from the two countries.

India’s foreign and defence secretaries were in Washington early this week for preparatory talks with their American counterparts. The Indian delegation landed in Washington DC amidst the firing of Rex Tillerson as the Secretary of State by Trump. The delegation continued with their meetings both at the State Department and the Pentagon as scheduled, during which it was decided to hold the two-plus-two dialogue at a later date, which is unlikely to be held before the summer.

The two-plus-two dialogue was seen as a vehicle to elevate the strategic relationship between the two countries.

After June 2017, the two countries have tried at several other dates for this dialogue including sometime in November and December.

Officials also checked for a time in January 2018, but both sides were having a tough time in finding a day when all the four leaders - external affairs minister Sushma Swaraj, defence minister Nirmala Sitharaman from India and defense secretary Jim Mattis and the fired Secretary of State Rex Tillerson, were available.

It was finally in February 2018 that two-days in mid-April were zeroed in for the talks. However, the plans had to be scuttled as on March 13, Trump announced that Tillerson has been fired and he nominated Pompeo, who is currently the CIA director, to replace him as the Secretary of State.

Pompeo needs to be confirmed by the Senate. Spring recess of the Congress begins on March 22 and lawmakers would resume their legislative business on April 2. The Senate Foreign Relations Committee, which holds the confirmation hearing, has not scheduled it on its calendar yet.

Once Pompeo’s nomination process breezes through this committee then it would go to the Senate floor for a vote.

Given the sharp differences between the Republicans and the Democrats in the Senate, officials decided not to take any chance by going ahead with the mid-April date for the two-plus-two talks.

“Thus, it has been postponed for now,” an informed US official said. The official quickly pointed that this would have no impact on the bilateral relationship as the meetings this week by the foreign and defence secretaries decided to continue with their agenda.

The new dates will now be determined after Pompeo occupies the Foggy Bottom headquarters of the State Department and settles down as the top American diplomat.