US recognising that they don't trust President, says Indian-origin Congresswoman

'You have to begin to wonder how it could possibly be the case that president knew nothing about what was going on,' said Pramila Jayapal. 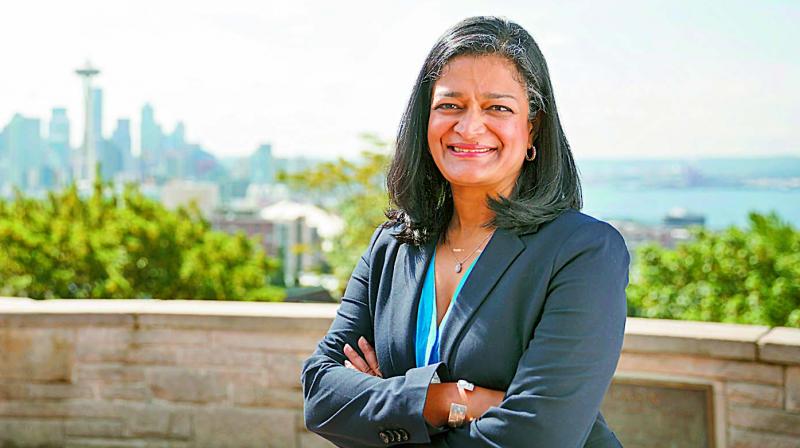 Washington: Indian-American Congresswoman Pramila Jayapal on Sunday said people are increasingly recognising that they do not trust US President Donald Trump as how it could possibly be the case he knew nothing about what was going on in his campaign.

Her comments came days after Paul Manafort, who once headed Trump's campaign, pleaded guilty to conspiracy charges and agreed to cooperate with special counsel Robert Mueller's ongoing investigations of Russian interference in the 2016 presidential election.

"You have to begin to wonder how it could possibly be the case that the president knew nothing about what was going on. We obviously still have ways to go in terms of connecting Russia to the campaign and the president. That is still out there," she said.
This is reflected in the polls, she added.

"You see people recognising they don't trust the president. They believe that Bob Mueller is doing a good job and that the investigation should continue. People are saying, look, this is outrageous," Jayapal said about the ongoing investigations by former FBI director Mueller on the allegations of Russian interference in 2016 elections.

"This level of corruption, greed, some of the individual charges that are outlined in the Manafort, charging document really show that this guy (Paul Manafort, former Trump Campaign manager)... is in in jail because of jury tampering. This was the person who ran Donald Trump's campaign. Not just some junior person, the person who ran his campaign. I think that's a problem," said the Indian-American Congresswoman from the Washington State.

Jayapal said people want a check on the president.

"They see the chaos of the last 18 months. They don't want it. They don't like shattering of norms. What does a person who has the biggest bully pulpit of the White House do? They don't like the tweets that come from the president, contesting what happened in Maria," she said.

People want him to be focused, to be presidential and Trump is none of those things. But in addition to that, people are not seeing their own lives changing. Healthcare is the number one issue on the table. It really is, she said.

"When you look at what Republicans have done to undermine healthcare costs, to drive premiums up, to strip pre-existing, the ability to qualify for health care with pre-existing conditions, these are things that Americans care about. They do not see healthcare getting better," Jayapal added.