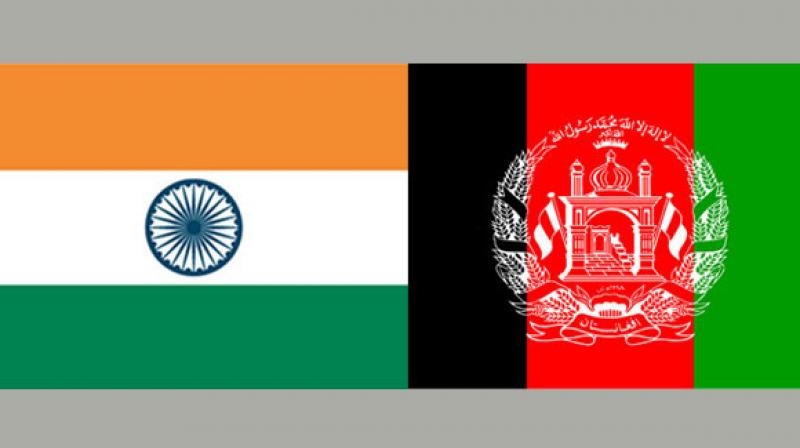 Washington: India is Afghanistan's "most reliable regional partner", the Pentagon told the US Congress on Friday as it welcomed additional economic, medical, and civic support from New Delhi to the war-torn country.

"India is Afghanistan's most reliable regional partner and the largest contributor of development assistance in the region," said the Pentagon in its report to the Congress titled 'Enhancing Security and Stability in Afghanistan'.

This assistance includes civil development projects such as the Afghanistan-India Friendship Dam and the Afghan parliament building, the report said.

India provides significant training opportunities for Afghan officers and enlisted personnel and has frequently offered to increase its burden sharing for Afghanistan, it said, adding that approximately 130 Afghans travel to India each year to attend various military and commissioning programmes.

"The new South Asia policy highlighted our relationship with India and called on India to provide more assistance to the international efforts in Afghanistan. The United States welcomes additional Indian economic, medical, and civic support to Afghanistan," the Pentagon said in its report.

This is the first report of the Pentagon to Congress after President Donald Trump announced his new Afghan and South Asia policy in August.

"Our purpose in Afghanistan remains the same: to prevent Afghanistan from again becoming a safe haven from which terrorist groups can plan and execute attacks on the United States, or our allies and citizens abroad. To accomplish this, we continue to support our Afghan partners and train, advice, and assist its military and government institutions," it said.

"A major change from our previous strategy is the shift from a time-based approach to a conditions-based one. This shift underscores the US commitment to the continued development of the Afghan National Defence and Security Forces (ANDSF), provided that our Afghan partners satisfy their obligations," the Pentagon said.

The new strategy does not mean a return to US-led combat operations, instead, the key to success lies in improving ANDSF capabilities and allow them to lead in the fight against the Taliban, it clarified.

"We will continue to work by, with, and through the ANDSF to help them defeat their enemies and to ultimately arrive at a political settlement in Afghanistan," said the Pentagon.