Speaking after Biden, Kamala Harris said Indian and US communities are bound together by so much more than 'our shared history and culture' 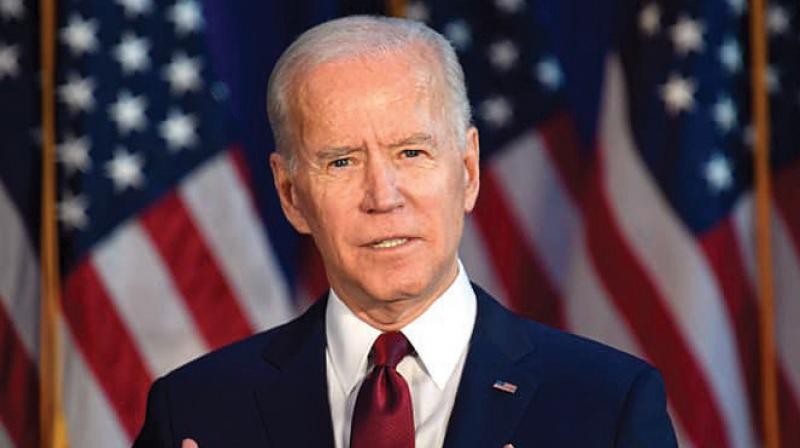 Washington: Joe Biden, presumptive Democratic presidential nominee, on Saturday took a snipe at the Trump administration for its crackdown on legal immigration including 'sudden' and 'harmful' actions on H1B visa and promised that if elected he would continue to rely on Indian-American diaspora that binds the two nations together.

In an event 'South Asians for Biden', the former Vice President extended his wishes on Independence Day to all Indian Americans and Indians all across the world and said New Delhi and Washington share a "special bond that has deepened over many years".

"Happy Indian Independence Day, we share a special bond that I've seen deepened over many years as a US Senator, and vice president. I watched, 15 years ago I was leading the efforts to approve the historic civil nuclear deal with India. I said that the United States and India became closer friends and partners, then the world will be a safer place," he said during the virtual event.

"But I know it is hard and my heart goes out to all those of you who have been the targets in a rise in hate crimes, the crackdown of legal immigration, including the sudden and harmful actions on H1B visas made America stronger and brought our nation's closer... As President, I'll also continue to rely on Indian American diaspora. It keeps our two nations together, as I have throughout my career, my constituents in Delaware. My staff of the Senate," he added.

On June 22, the US President Donald Trump had signed a proclamation to temporarily suspend H1B and several categories of work visas till the end of the year in the aftermath of the COVID-19 pandemic.

Biden praised Kamala Harris by saying she is smart, tested, and prepared, adding that the California Senator's mother's immigrant story to America makes her inspiring.

"Kamala Harris. Will we all know she's smart, she's tested, she's prepared. But another thing that makes Kamala so inspiring is her mother's immigrant story to America that started in India, with the pure courage and brought her daughters to this moment," he said.

Speaking after Biden, Harris wished Independence Day and said Indian and US communities are bound together by so much more than ''our shared history and culture''.

"To the people of India and to Indian Americans all across the United States. I want to wish you a happy Indian Independence Day. On August 15, 1947, men and women all over India rejoiced in the declaration of the independence of the country of India today on August 15, 2020, I stand before you as the first candidate for Vice President of the United States of South Asian descent," she said.