Detailed accounts of Comey's impressions on Trump and his presidency are articulated in his book, 'A Higher Loyalty'. 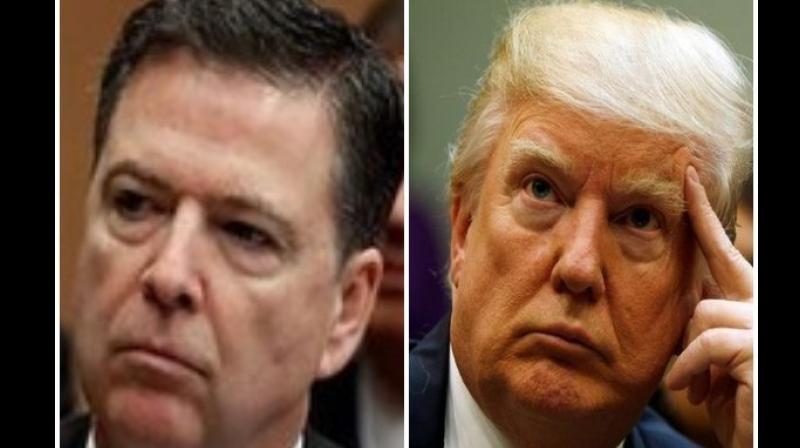 Comey claimed that Trump was left vulnerable to blackmail and exploitation by the Russian government because of his association with Russian prostitutes (Photo: ANI)

Washington: Former Director of the Federal Bureau of Investigation (FBI), James B Comey, in an interview with ABC News, has unleashed a series of scathing attacks on the United States President, Donald Trump.

In the interview, which was Comey's first since the fallout between him and Trump that led to the firing of the former as FBI Director on May 9, 2017, Comey called the President a serial liar, who treated women like "meat" and called him a "stain" on everyone who worked for him.

Comparing the President to a mafia boss, he claimed that Trump was left vulnerable to blackmail and exploitation by the Russian government because of his association with Russian prostitutes and that he was burning up the nation's norms and traditions like a 'wildfire'.

"Our president must embody respect and adhere to the values that are at the core of this country," Comey told ABC's George Stephanopoulos. "The most important being truth. This president is not able to do that. He is morally unfit to be president."

Detailed accounts of his impressions on Trump and his presidency are articulated in his book, 'A Higher Loyalty,' which is set to release on Tuesday.

"His leadership is transactional, ego-driven and about personal loyalty," wrote Comey, according to the New York Times, continuing the unprecedented assault on a sitting US President by a high government official.

Hours before the interview, however, Trump took to Twitter to hit back at Comey with a pair of berating tweets, dubbing his book as 'badly reviewed' and calling him the worst FBI director in history, while also hinting that he could be sent to jail for lying to Congress and illegally disclosing classified information.

The big questions in Comey’s badly reviewed book aren’t answered like, how come he gave up Classified Information (jail), why did he lie to Congress (jail), why did the DNC refuse to give Server to the FBI (why didn’t they TAKE it), why the phony memos, McCabe’s $700,000 & more?

I never asked Comey for Personal Loyalty. I hardly even knew this guy. Just another of his many lies. His “memos” are self serving and FAKE!

Slippery James Comey, a man who always ends up badly and out of whack (he is not smart!), will go down as the WORST FBI Director in history, by far!