‘Without rape, incest?’: US politician in trouble over statement on world population

Steve King, an avid supporter of US President Donald Trump, defended his opposition to abortion in all cases, including rape and incest. 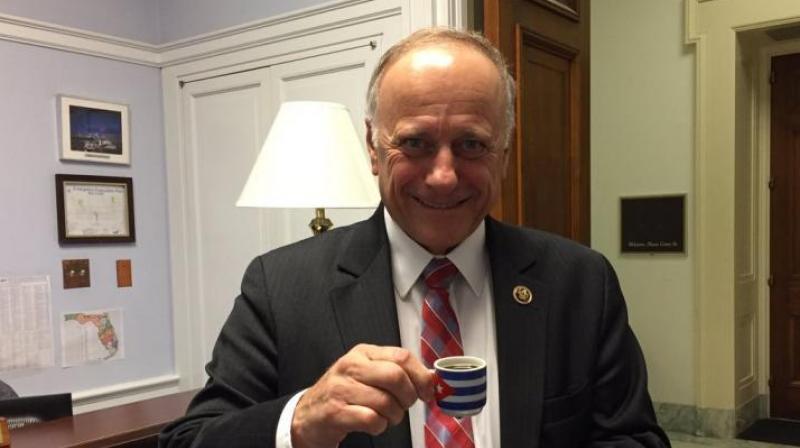 King is a polarising figure in Congress, with a history of making racist statements -- last year he questioned why the language of white supremacy was offensive. (Photo: File)

Washington: Controversial United States Republican congressman Steve King set off yet another firestorm on Wednesday when he questioned whether the world's human population would exist if rape and incest did not occur throughout history.

King, a fierce conservative who is an avid supporter of President Donald Trump, was defending his opposition to abortion in all cases, including rape and incest, during an address to the Westside Conservative Club in his home state of Iowa.

"What if we went back through all the family trees and just pulled those people out that were products of rape or incest? Would there be any population of the world left if we did that?" King said in a video of his comments posted by the Des Moines Register.

"Considering all the wars and all the rape and pillage that's taken place... I know I can't certify that I'm not part of a product of that," he added.

"I'd like to think that every one of the lives of us are as precious as any other life."

King is a polarising figure in Congress, with a history of making racist statements -- last year he questioned why the language of white supremacy was offensive.

Randy Feenstra, a Republican Iowa state lawmaker who is challenging King in next year's party primary, said the congressman is merely serving as the Democrats' "best hope" of keeping control of the US House.

No fewer than 10 2020 Democratic presidential candidates lashed out at King for his remarks.

"It's time to unseat this bigot," tweeted Julian Castro, an Obama-era housing secretary and the only Latino in the presidential race.

"You are a disgrace. Resign," Senator Kirsten Gillibrand said, also on Twitter.

King's track record has made him a pariah in Washington, where Republican leaders have stripped him of his congressional committee assignments.