Trump last month upended an Obama-era policy of more than a year that allowed transgender troops to serve openly. 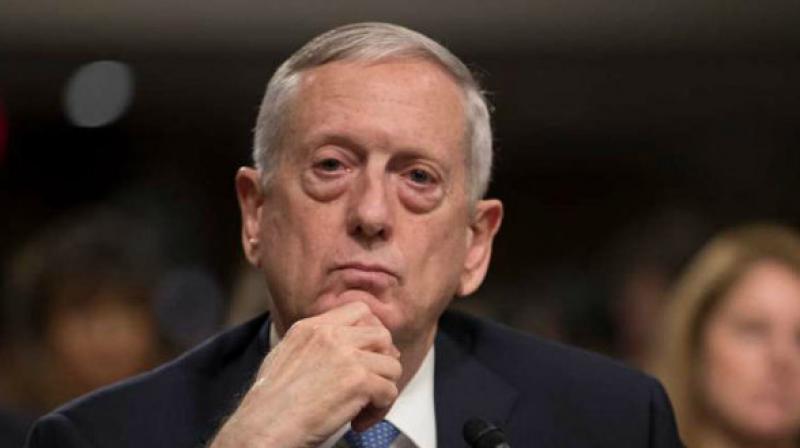 Washington: Defense Secretary Jim Mattis suggested Monday that a ban announced by President Donald Trump on transgender people serving in the US military may not be a done deal.

In a series of tweets, Trump last month upended an Obama-era policy of more than a year that allowed transgender troops to serve openly.

But in the weeks since the July 26 tweets, the White House has not issued formal guidance to the Pentagon explaining how a ban would work, or what would happen to those transgender troops who have already come out.

Read: LGBT outrage over Trump's ban on transgender in US military service

Mattis said he had "no doubt" that the White House would be providing additional guidance, and said the Pentagon is giving military input as it studies the issue.

"The policy is going to address whether or not transgenders can serve under what conditions, what medical support they require, how much time would they be perhaps non-deployable, leaving others to pick up their share of everything," Mattis told Pentagon reporters.

"There's a host of issues... it's obviously very complex."

The current Obama-era policy remains in place for now. When pushed on whether the Pentagon will still employ transgender troops, Mattis said: "We are going to study the issue."

He added that the Pentagon had received no White House directions that would "indicate any harm to anybody right now."

In a lawsuit filed in federal court last week, five transgender women from the Air Force, Coast Guard and the Army said they faced uncertainty about their futures, including whether they would be fired or lose post-military and retirement benefits.

The number of transgender troops among America's 1.3 million active duty service members is small, with estimates topping out at 15,000.

Trump's tweeted announcement came with little apparent coordination with the Pentagon and landed while Mattis was on vacation.

Several senior military officials have voiced unease over the policy shift, with the head of the Coast Guard saying he would not "break faith" with transgender personnel.

Trump last week said he did the Pentagon a "great favor" by banning transgender troops, saying the issue had been "complicated" and "confusing" for the military.