Trump greets Modi over phone on Independence Day of India 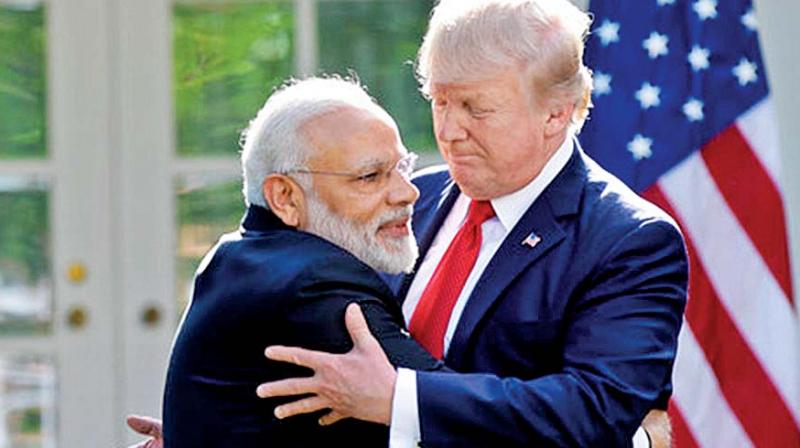 PM Modi thanking US president for his gratitude wrote on his twitter, “Appreciate the warm felicitations from @POTUS, who called this evening to convey Independence Day greetings. Thank you @realDonaldTrump”.

Trump’s greetings on India’s Independence come months after he hosted Modi at the White House. This was the first official meeting between Modi and Trump, after latter being inaugurated as US president, earlier this year.

United States and India has been in cordial relation from Trump’s predecessor and has been sharing military, cyber intelligence including other sector information to each other.

Meanwhile, Prime Minister making his fourth Independence Day address to nation from Red Fort had said, “A great sense of patriotism grips the country as India celebrates its 70th anniversary of Independence”.

Dressed in off-white kurta and crimson turban, Modi first paid tributes to the Father of the Nation, Mahatma Gandhi at Rajghat on Tuesday morning before heading to the Red Fort where he will unfurl the Tricolour.