‘What a terrible question to ask,’ Trump responded when asked why Black people were still dying at the hands of law enforcement in US 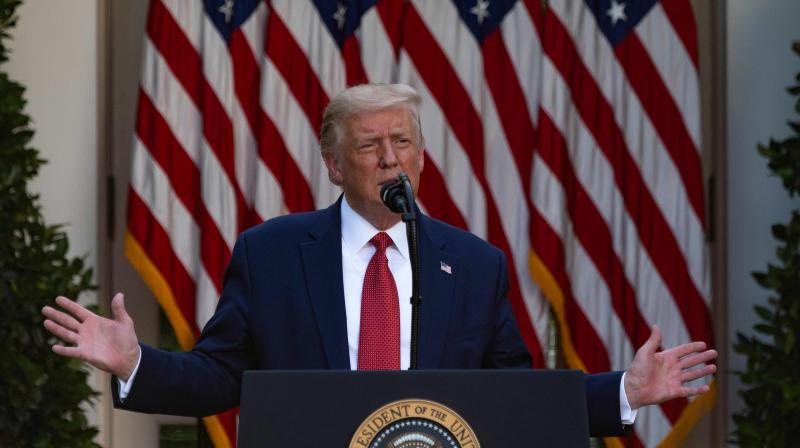 US President Donald Trump gestures as he delivers a press conference in the Rose Garden of the White House in Washington. (AFP)

During an interview with CBS News, the Republican president was asked why Black people were still dying at the hands of law enforcement.

Police violence against African Americans has been at the centre of attention in the United States following the May 25 death of George Floyd as a Minneapolis police officer kneeled on his neck for nearly nine minutes. Floyd’s death sparked protests across the United States and the world.

According to a Washington Post analysis updated on Monday, half of the people shot and killed by U.S. police are white, but Black Americans are shot at a disproportionate rate. They account for less than 13 percent of the U.S. population but are killed by police at more than twice the rate of white Americans, the newspaper analysis found.

The recent social unrest also raised new questions about the continued flying of the Confederate battle flag in some areas of the country and whether statues honouring Confederate leaders during the U.S. Civil War should be removed from high-profile public places.

Asked by CBS if that flag should be “taken down,” Trump responded: “I know people that like the Confederate flag and they’re not thinking about slavery.”

He added: “It’s freedom of speech,” whether the issue is the Confederate flag “or Black Lives Matter or anything else you want to talk about.”