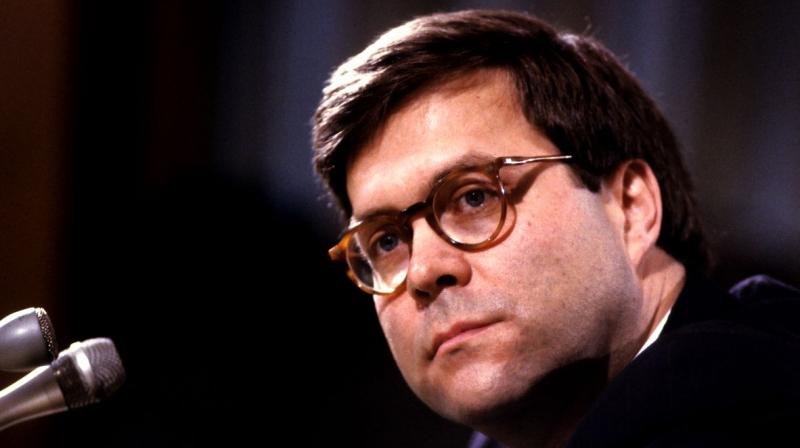 Barr said he might stiffle the investigation to protect the president (Photo: File)

With Trump himself thought to be a possible target of Special Counsel Mueller, Barr sought to allay concerns that as head of the Department of Justice he might stifle the investigation to protect the president.

"I believe it is vitally important that the special counsel be allowed to complete his investigation," Barr said in prepared testimony for his confirmation hearing at the Senate Judiciary Committee beginning Tuesday. "I also believe it is very important that the public and Congress be informed of the results of the special counsel's work. For that reason, my goal will be to provide as much transparency as I can consistent with the law."

Barr, who was attorney general under president George H W Bush from 1991 to 1993 and then a corporate lawyer for 25 years, has been critical of the Mueller probe, suggesting it may be too expansive and staffed by Democratic sympathizers.

He also said in a memo addressed to the Justice Department last year -- also reportedly sent to the White House -- that Mueller has no grounds for investigating Trump for obstruction of justice after Trump fired FBI director James Comey in May 2017 in anger over the Russia probe. On Friday the New York Times reported that, immediately after Comey's firing, the FBI opened a counterintelligence probe into whether Trump was working on behalf of Russia.

Barr said in his prepared remarks that the memo was just the unsolicited view of a former attorney general "who has often weighed in on legal issues of public importance."

"The memo did not address -- or in any way question -- the special counsel's core investigation into Russian interference in the 2016 election," he added. "Nor did it address other potential obstruction-of-justice theories or argue, as some have erroneously suggested, that a president can never obstruct justice."

Trump chose Barr to replace Jeff Sessions, who was dismissed in November after a testy relationship in which the president repeatedly criticized his decision to recuse himself from overseeing the Mueller investigation. Barr said he has known Mueller professionally and personally for 30 years, and they worked together when Barr was attorney general in the early 1990s.

"When he was named special counsel, I said that his selection was 'good news' and that, knowing him, I had confidence he would handle the matter properly. I still have that confidence today."