As the phrase started trending on Twitter, people also slammed the social media giant for not removing it from the trend list. 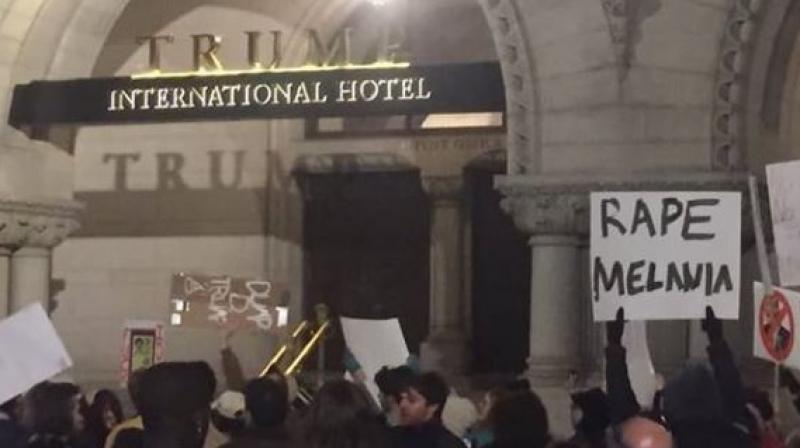 Washington: Most Democratic supporters have failed to accept Trump victory over Hillary Clinton, protesting the results with various slogans, the most popular being ‘love trumps hate’, but one set of protestors set the social media on fire with a vitriolic message against the next first lady: Rape Melania.

According to a report in The Washington Post, Twitter said that the phrase was trending because users denounced it, not because they supported sexual assault.

Below are a few tweets where people condemned the Hillary Clinton supporters protesting against Trump’s victory in the US presidential election.

Rioters outside of Trump Tower in NY are protesting to protect women's rights by holding up signs that say Rape Melania. Morons or Scumbags?

Calling for rape of woman because you hate her husband. Tell me again how our election set feminism back 50 years but that doesn't? #Melania pic.twitter.com/jwf7YfupCz

Liberals think Trump is bad for women so they respond by going in front of Trump tower and calling for Melania's rape. #MakesSense

Wow, liberals have truly sunk to a new low. The hashtag #RapeMelania was trending on twitter this morning. We won but they still slander.