The Times report said that nothing in the documents reviewed 'suggests Kushner or his company broke the law.' 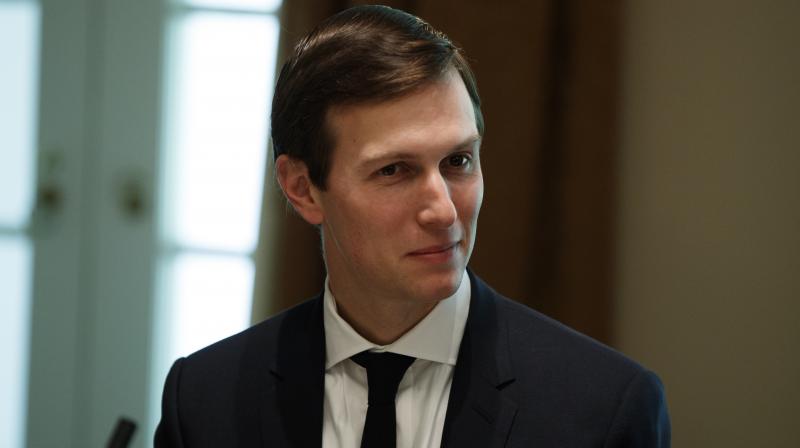 The documents were created with Kushner's cooperation as part of a review of his finances by an institution that was considering lending him money, the Times reported. (Photo: File)

The documents were created with Kushner's cooperation as part of a review of his finances by an institution that was considering lending him money, the Times reported. The Times said that Kushner's tax bills reflected the use of a tax benefit known as depreciation that lets real estate investors deduct part of the cost of their properties from their taxable income.

The Times report said that nothing in the documents reviewed "suggests Kushner or his company broke the law."

Peter Mirijanian, a spokesman for Kushner's lawyer Abbe Lowell, told Reuters on Saturday that he would not respond to the newspaper's assumptions, which he said were "taken from incomplete documents obtained in violation of the law and standard business confidentiality agreements."

He added, "Always following the advice of numerous attorneys and accountants, Kushner properly filed and paid all taxes due under the law and regulations."

The records reviewed by The New York Times did not expressly state how much Kushner paid in taxes, but included estimates for how much he owed called "income taxes payable" - and how much Kushner paid in expectation of forecasted taxes known as "prepaid taxes." The paper said that for most of the years covered, both were listed as zero, but in 2013 Kushner reported income taxes payable of USD 1.1 million.

Kushner Cos, the family company for which Kushner previously served as chief executive, has been profitable in recent years, the Times said, citing the analysis. Kushner sold his interests in the company to a family trust last year.

The White House and Kushner Cos did not immediately comment Saturday.

Mirijanian said that on tax reform efforts, Kushner "followed his approved ethics agreement and has avoided work that would pose any conflict of interest."

In December, a group of Democratic lawmakers wrote to Kushner, asking whether in his talks with foreign officials he had ever discussed financing for a deeply indebted property in midtown Manhattan, citing concern he was using his position for financial gain.

Kushner Cos said previously it had more than USD 2.5 billion in transactions 2017 and has 12 million square feet under development in New York and New Jersey.

Documents released by the White House in June showed Kushner held assets worth at least USD 181 million, the Associated Press reported. The disclosures also show that Kushner and his wife, Ivanka Trump, received at least USD 82 million in outside income in 2017.