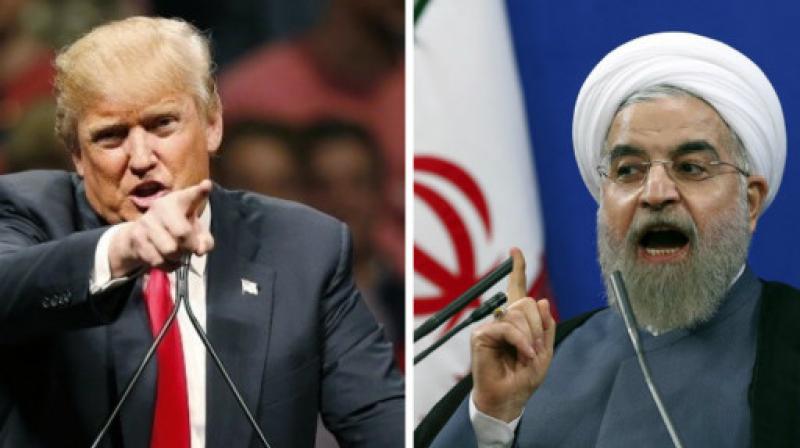 "Many people talking, with much agreement, on my Iran speech today. Participants in the deal are making lots of money on trade with Iran!" President Trump tweeted.(Photo:AP/File)

Washington: As Russia, Iran and European leaders lashed out at United States President for announcing that he would not certify the Iran nuclear deal, Donald Trump took to Twitter to attack them saying, "participants in the deal are making lots of money on trade with Iran".

"Many people talking, with much agreement, on my Iran speech today. Participants in the deal are making lots of money on trade with Iran!" President Trump tweeted.

Many people talking, with much agreement, on my Iran speech today. Participants in the deal are making lots of money on trade with Iran!

The EU foreign policy chief, Federica Mogherini was the first to criticise Trump's threat, pointing out, "it reflected the growing isolation of the United States as the nuclear deal had been enshrined in a UN security council resolution in 2015, that could not terminated by one country."

Prime Minister Theresa May of Britain, Chancellor Angela Merkel of Germany and President Emmanuel Macron of France said they "stand committed" to the Iran nuclear deal and are "concerned by the possible implications" of Trump's decision to re-certify the deal to Congress.

"The nuclear deal was the culmination of 13 years of diplomacy and was a major step towards ensuring that Iran's nuclear program is not diverted for military purposes," they added.

Iran, Russia and European leaders said that President Trump's decision will destabilise the Middle East and could make it harder to resolve the growing tensions on the Korean Peninsula, the New York Times reported.

President Donald Trump has threatened to terminate the 2015 Iran nuclear deal if Congress and US allies fail to amend the agreement by fixing serious flaws in significant ways.