New York Mayor de Blasio and New York Senator Gillibrand, who have been fighting with President Trump over immigration, also made the cut. 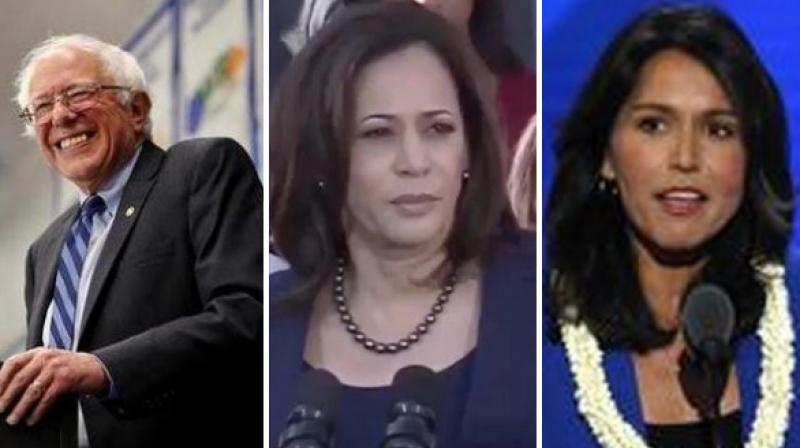 In order to qualify for participating in the debate, candidates have to achieve 1 per cent in at least three qualified polls or receive campaign donations from 65,000 unique donors, including 200 donors each from 20 different states. (Photo: ANI)

Washington DC: As many as 20 Democratic presidential candidates have qualified for the first debate scheduled to be held later this month ahead of next year's elections.

New York Mayor Bill de Blasio and New York Senator Kirsten Gillibrand, who have been at loggerheads with President Donald Trump over immigration, also made the cut, CNN reported.

In order to qualify for participating in the debate, candidates have to achieve 1 per cent in at least three qualified polls or receive campaign donations from 65,000 unique donors, including 200 donors each from 20 different states.

The first round of debates will take place on June 26 and 27 in Miami.

Four Democrats could not make their way into the list of first debate due to less traction of their respective campaigns. They were Montana Governor Steve Bullock, Former Alaska Senator Mike Gravel, Mayor Wayne Messam of Miramar in Florida and Massachusetts Representative Seth Moulton.

Several Democrats, including House Speaker Nancy Pelosi, have criticised the Trump administration over a number of issues particularly on Special Counsel Robert Mueller's report on alleged Russian meddling in 2016 elections and immigration. Some of them have even called for Trump's impeachment.

However, Trump while comparing himself to former President Richard Nixon had said that he has done "great" for the country and will not leave.