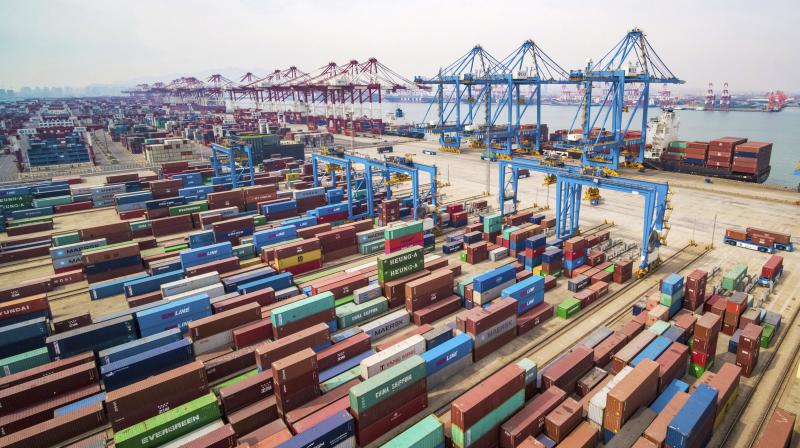 Trump said last week a conclusion in the talks was probably 'four weeks' away. (Photo:AP)

Since January, shuttle diplomacy between Washington and Beijing to resolve their nine-month trade war has dragged on longer than officials had expected. Both sides have continued to express cautious optimism without predicting success.

"It is more important to get it right than have arbitrary date," Mnuchin told reporters. But "I'm hopeful we're getting close to the final round of concluding issues."

He spoke on the sidelines of the spring meetings of the World Bank and International Monetary Fund, which end this weekend.

A sticking point in the talks has been American officials' insistence that any final agreement have teeth -- and that they retain the ability to impose fresh tariffs should Beijing backslide on its commitments.

Mnuchin declined to get into details on Saturday.

"And I would expect that the enforcement mechanism works in both directions."

"This is a very, very detailed agreement, covering issues that have never been dealt with before," Mnuchin added, noting that the text currently had seven chapters.

"So this is way beyond anything that would have looked like a bilateral investment treaty."

Trump said last week a conclusion in the talks was probably "four weeks" away but since discussions began earlier this year to end the nine-month trade war, the finish line has repeatedly slipped further into the future.