By 2026 it would shoot up to 24 million because the bill would undo the Obamacare rule that mandates people have health insurance. 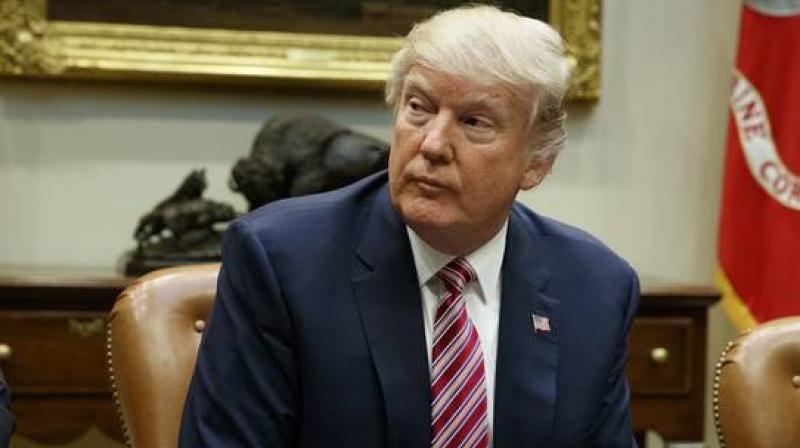 Washington: Fourteen million fewer Americans will have health insurance next year under the Republican plan to replace Obamacare, a nonpartisan congressional analysis projected Monday, heaping pressure on President Donald Trump to make good on his pledge to broaden coverage.

By 2026 that number would shoot up to 24 million, the Congressional Budget Office said, largely because the bill would undo the Obamacare rule that mandates people have health insurance.

It also said that enacting the legislation currently before Congress -- a measure backed by Trump and House Speaker Paul Ryan -- would reduce the federal deficit by $337 billion over the next decade.

Part of that reduction comes from the plan's phase-out of the Medicaid expansion by 2020, which would save a massive USD 880 billion.

Average health coverage premiums would rise 15 to 20 percent in 2018 and 2019 for individual policy holders, it said.

The projection was seen as a black eye on Trump's repeal-and-replace plan which had already faced substantial opposition from within his own party, especially over fears it would leave millions uninsured.

Trump and his inner circle have insisted the plan will be a vast improvement over Barack Obama's signature health care reform -- which many in the Republican Party say caused insurance costs to spike.

"We disagree strenuously with the report that was put out," Health and Human Services Secretary Tom Price said at the White House, arguing that CBO provided an incomplete picture of the plan which includes future steps to deregulate the market and allow people to purchase insurance across state lines.

For Democrats, the CBO report was nothing less than an unmitigated disaster. "'Trumpcare' would be a nightmare for the American people," top Senate Democrat Chuck Schumer said, as he and House minority leader Nancy Pelosi urged Ryan to scrap the legislation.

But Ryan spun an optimistic vision despite the bleak assessment. "Our plan is not about forcing people to buy expensive, one-size-fits-all coverage. It is about giving people more choices and better access to a plan they want and can afford," Ryan said.

The White House has spent the past week grappling with maintaining party unity in the face of opposition to the new initiative.

Some conservatives have argued that the plan is too similar to Obamacare, while moderates warn the new legislation does not provide enough funding to help millions retain or purchase coverage.

Trump campaigned for a full year on repealing and replacing Obamacare, repeatedly stating his desire for health care coverage for "everybody."

But some Republican lawmakers were clearly worried. "It's awful," Senator Bill Cassidy said of the CBO projection, according to the Washington Examiner.

Facing mounting concern about the plan, Trump met Monday with "victims of Obamacare" to highlight the Republican replacement.

Asked before the CBO report was released whether he had a message to Americans who might lose coverage, Trump sounded upbeat.

"If we're allowed to do what we want to do, it will get better. Much better," he replied.

The GOP plan rolls back expansion of the Medicaid health care program, for the poor, by 2020, replaces government subsidies with tax credits to help individuals buy insurance and scraps Obamacare taxes.

It preserves two popular Obamacare provisions: insurance companies cannot refuse coverage due to pre-existing conditions, and dependents can remain on their parents' insurance plan until age 26.

The Affordable Care Act helped 20 million Americans gain coverage. Under the new plan, premiums would begin decreasing by 2020, CBO said, due to grants that could bump up tax credits to poor or working-class Americans, and because younger people would be projected to sign up for coverage.

But costs by 2026 would be some 20 to 25 percent higher for people age 55 to 64, CBO said. For the elderly poor it would be disproportionably difficult.

Senate Democrat Robert Menendez called the hike on seniors "unfathomable.” Several health-related interest groups have come out against the bill, including the American Medical Association which said the projected outcome was "unacceptable" because it would result in "the most vulnerable population losing their coverage."