A widely held view across America is that jobs are being usurped by the immigrants, refugees and outsiders. 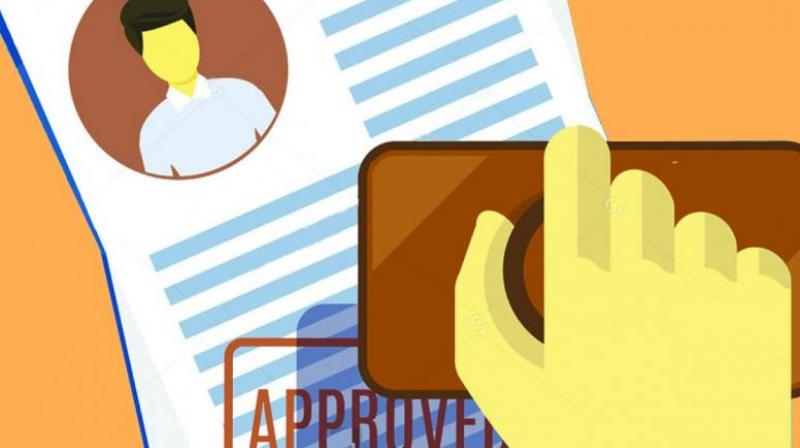 Social media has led to polarisation of the opinions of the people.

A shrewd, calculative Donald Trump tapped into fears of the jobless, especially the white working class, and pulled off a surprising victory stunning even political pundits. The insecurity about outsourcing and immigrants snatching jobs was Trump’s biggest security. At his inauguration, President Trump promised to create 25 million jobs in the next decade. During the campaign, the tycoon pledged to construct a US-Mexico border wall to stop illegal immigration from Mexico. Recently, US suspended the fast-track processing of the H-1B visa, which has facilitated the entry of nearly 85,000 immigrants.

Once in the hot seat, Trump passed an executive order banning immigration from seven predominantly Muslim countries on the pretext of halting illegal immigration and potential infiltration of Islamic extremists. Later, Iraq was removed from the list. US as a country of immigrants is turning its back on them. A popular perception is that American jobs have been taken away by the immigrants and they are changing the white-dominated social composition of America.   Anti-immigrant sentiment and protectionism is not confined to the U.S. Europe has witnessed the rise of hyper-nationalist-right, far parties based on xenophobia, Islamophobia and Euroscepticism. Economic stagnation, refugee crisis, terrorist attacks and disillusionment with the European Union have fuelled their growth.

The Alternative for Germany Party in Germany, the National Front in France, the Party for Freedom in the Netherlands, Golden Dawn in Greece, Jobbik in Hungary and the Sweden Democrats’ Party fiercely oppose immigrants and staunchly support protectionism and closing of open borders—they have been emboldened by Trump’s victory and Brexit. Liberal political order that emerged in the West after the World War II is crumbling. Democracy, open-market, free–trade and nationalism are being redefined and re-negotiated. The decades of late 1980s and 1990s witnessed the collapse of socialism and the triumph of neoliberalism, which promoted free trade and unrestricted flow of capital. Privatisation, deregulation and free trade became the guiding mantra of neoliberalism.

Underpinning all of this was the belief that that open market and trade would bring growth and prosperity. MNCs attained unhindered access to the market and resources in the developing countries. The national capital of the Western countries also grew, but wealth was concentrated in the hands of a few MNCs and in some regions. Unskilled and semi-educated workforce could not cope up with technological automation and knowledge-based economies. Ordinary people in the West lost jobs because of the shifting of manufacturing units to China and other countries. Outsourcing also led to cut in jobs in the West. Real wages remained stagnant in the U.S. and parts of Europe for more than two decades.

The liberal political orders failed to manage international crises — West Asia, Islamic fundamentalism and terrorism, and the 2008 financial meltdown. As the West’s influence shrank, Russia and China became more assertive. Consequently, the credibility of the liberal elite and ongoing economic globalisation was eroded shattering the faith of people. The values of democracy, open market, individual rights and liberty are being questioned. The older generation, white men and the less educated became susceptible to populist rhetoric. A widely held view across America is that jobs are being usurped by the immigrants, refugees and outsiders. Social media has led to polarisation of the opinions of the people. In the trappings of nationalism, what is being served is xenophobia and anti-immigration.

Trump is inflaming the anti-immigrant sentiment. Constant backlash against immigrants has emboldened ultra-nationalist groups and individuals. Political rhetoric, a failing economy and white-nationalist sentiment have been the main reasons for increasing hate crimes.   Muslims, American Jews and Indians have become targets of xenophobic and racial attacks. The killing of Srinivas Kuchibhotla and Harnish Patel and the attack on Deep Rai are not isolated events, but symptomatic of a deeper malaise that has engulfed American and Europe. Economists reject the argument that immigrants have reduced jobs or wages. Researches show that immigrants contribute to more innovation and higher economic productivity. Immigrants comprised 13 per cent of the population in 2013 as against 5 per in 1970. But the GDP of the U.S. has constantly grown during this period. Evidence shows that an increase in immigration workforce is compensated by higher profitability and investment of firms. It might lead to dislocation in some sectors but there is no impact on the real wages in the long term.

The nature of jobs done by immigrants is different from the native workers. Less-educated immigrants often work in agriculture and construction sector while the highly educated in scientific and technological fields. Their share in filing scientific patents and research publication is way higher than the native population. Immigrants have established successful companies and occupy top management positions. Many of the science graduate departments in the U.S. will shut down if Indian and Chinese students stopped getting enrolled. The net impact of immigration on the US economy is generally positive. As the population in the developed world is ageing, there is no better alternative than to attract young and skilled workers from the developing world. The government should spend more on education, health and other social welfare measures to tackle the issues of temporary dislocation.

(The author is assistant professor at Centre for Russian and Central Asian Studies, School of International Studies, JNU)