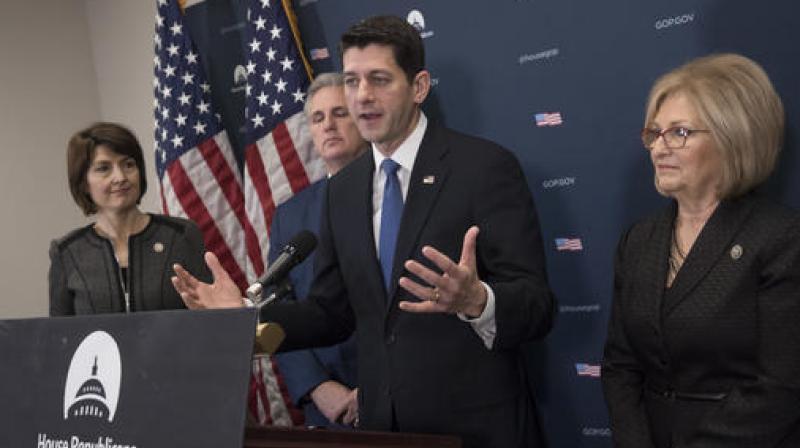 Washington: The US House of Representatives has joined the Senate in passing a critical measure that marks the first major step toward repealing outgoing President Barack Obama's landmark but controversial health care reforms.

The House's near party-line vote of 227 to 198 approved a budget blueprint which provides Republicans, who control both chambers of Congress, with a framework for dismantling the Affordable Care Act.

But one week before Republican President-elect Donald Trump takes office, a sense of urgency has swept over Washington about what his party will put forward as a replacement for the law, with Democrats warning of disastrous consequences should Republicans act too hastily.

"This is a critical first step to deliver relief to Americans struggling under this law," House Speaker Paul Ryan told fellow members, describing as a "rescue mission" the latest effort to unwind Obamacare.

"This experiment has failed," and "we have to step in before things get worse."

The Senate passed the resolution Thursday. It received no Democratic support in either chamber, highlighting the intensely partisan fight that lies ahead.

The resolution provides Republicans with a powerful tool, called reconciliation, which allows repeal legislation to proceed through the 100-member Senate with a simple majority, protected from a Democratic filibuster that requires a 60-vote threshold to overcome.

Trump made repeal of the law a central plank of his insurgent campaign, and he sounded triumphant ahead of the vote.

"The 'Unaffordable' Care Act will soon be history!" he tweeted early on Friday.

Days earlier he said the Republicans ought to repeal and replace Obamacare quickly and "simultaneously."

During a Thursday town hall style event Ryan said he was on board, and that he envisioned action on a plan "within the first hundred days."

Unwinding Obamacare will be a monumental task. Republican leadership is moving carefully, stressing it does not want to "pull the rug out from anyone" who might lose coverage if there is no replacement plan on offer.