US Congressman apologises for not consulting Indian Americans on Kashmir letter 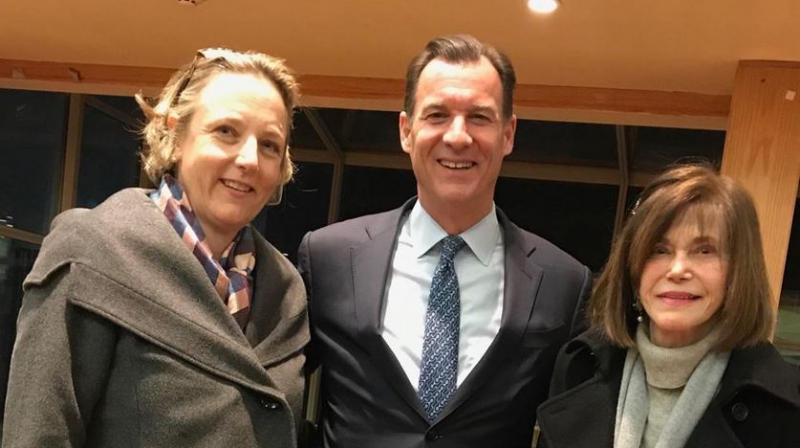 Agitated over the letter, several Indian Americans, who constitute a significant part of Suozzi’s Congressional District in New York and had played a key role in his election and fund raising, flooded the office of the Congressman with angry messages. (Photo: Twitter | @Tom_Suozzi)

Washington: In an unprecedented move, a US Congressman has apologised to Indian Americans for not consulting them before writing a letter to Secretary of State Mike Pompeo to express his concerns on human rights situation in Kashmir after India scrapped the special status of Jammu and Kashmir.

Congressman Tom Suozzi in a letter to Pompeo on August 9 said that the action by the Indian government in Kashmir “risks provoking mass social unrest...” “These new restrictions on the autonomy of the state and the rights of Kashmiris could also embolden extremists and terrorists to act,” Suozzi said in his letter after India scrapped Article 370 of the Constitution that gave special status to Jammu and Kashmir and bifurcated the state into two Union Territories.

Agitated over the letter, several Indian Americans, who constitute a significant part of Suozzi’s Congressional District in New York and had played a key role in his election and fund raising, flooded the office of the Congressman with angry messages.

Suozzi called an emergency meeting of Indian Americans, which was attended by more than 100 Indian community members, who demanded the lawmaker to withdraw his letter. Suozzi in a statement said, “On Sunday, I met with 100 of my Indian-American constituents regarding my recent letter to Secretary Pompeo expressing my concerns about recent developments in Kashmir.” “Based upon my meeting it is clear that it was a mistake to not consult with some of my Indian-American friends and supporters before I sent the letter. I should have. I am sorry. If I had met with them before sending the letter, I would have framed my concerns differently,” Suozzi said.

He said that throughout his career in public service, he has been an ardent supporter of India, their sovereignty, and have always stood with them in their fight against terrorism.

The US-India relationship will be one of the most important over the next 50 years and beyond, he said, adding that he has spent his time in Congress promoting and elevating this relationship and will continue to do so.

“India, the world’s largest democracy, remains critical for regional security and peace. The current situation in Kashmir presents some very serious challenges. The US should seek to be helpful in securing safety and peace for all people,” Suozzi said.

“Moving forward, I will make sure to solicit the input of all of my constituents who have a vested interest in Kashmir and work towards a peaceful region that roots out terrorism and corruption as well as respects human rights. It is my hope, that recent developments in the region will eventually lead to this,” Suozzi said.

Indian Americans said this was a statement in the right direction, and sought a follow up letter from him to Pompeo.

“It is a statement in the right direction,” said Jagdish Sewhani, the President of the American India Public Affairs Committee. “If any letter is requited, Congressman Suozzi needs to write to Secretary Pompeo about the nefarious actions of Pakistan and asking to take decisive and irreversible action against terrorist organisations,” Sewhani said.